When the MV “Conmar Avenue”, a 151 meter long feeder vessel, encountered a collision this week in the vicinity of Bremerhaven, and as consequence ran aground and lost 14 containers stored on deck, KOTUG offered assistance provided by its tugs RT Darwin and RT Pioneer.

These two Rotor Tugs feature a bollard pull of 84 tons, 78 tons respectively and are part of KOTUG’s modern fleet in Bremerhaven.

KOTUG together with other local towage companies set off for salvage, which was executed successfully and to the utmost satisfaction to the owners of the distressed vessel. After completion of the salvage, RT Innovation and RT Darwin returned to the site and secured the floating containers for more than 30 hours on account of the local authorities. Fortunately, no crew member suffered any injuries, which is from KOTUG’s point of view the most important thing.

“KOTUG believes that this incident proves ones more the competitive advantage of a modern and strong fleet and that a well trained and highly educated crew is paramount, hence the company is determined to continue its corporate strategy as before,” the company said in a press release. 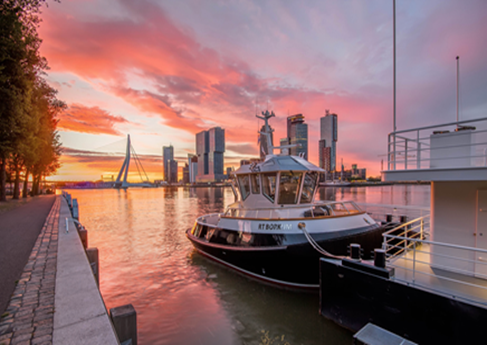