A plan to build Germany’s first liquefied natural gas (LNG) import and distribution terminal has attracted interest from several potential customers of the facility, according to the joint venture that is behind the project.

Dutch companies Gasunie and Vopak and Germany’s Oiltanking formed last year German LNG Terminal, under which they plan to build and operate the LNG terminal in Brunsbuettel in northern Germany.

To attract interest from the market and to gain detailed insight in customer demand, the JV launched an open season on January 17.

The open season “resulted in a positive outcome: a considerable number of memorandums of understanding has been signed with companies that represent a comprehensive range and complementary interests, ranging from regasification to send out and LNG distribution services,” the JV said in a statement on Thursday.

Next steps include further discussions with potential customers with a view to signing head of agreements, the statement said.

In addition, the necessary engineering work for the permit approval process has already been started by engineering company Tractabel to be able to apply for the relevant permits by the end of 2018, it added.

Katja Freitag, spokesperson of German LNG Terminal said in the statement that the open season has demonstrated that the market has received well the varied range of services to be available at the planned LNG import and small-scale terminal in Brunsbuettel.

“If all goes to plan, including obtaining the necessary permits by then, we are due to take a final investment decision at the end of 2019. Following this, we will start the construction work with the
terminal possibly becoming operational by the end of 2022,” Freitag said.

According to the developers, the terminal will not only potentially supply energy to the local industries, but it will also have the capacity to secure and diversify German gas supplies.

The facility would be able to supply approximately 10 percent of the German gas market.

Furthermore, the JV believes that the terminal will “decisively” support the development of the LNG bunkering infrastructure in Germany.

This will contribute to the increased use of LNG as an alternative marine fuel and for heavy goods vehicles, the statement said.

A possible rail connection would also allow the delivery of LNG by dedicated tank cars. 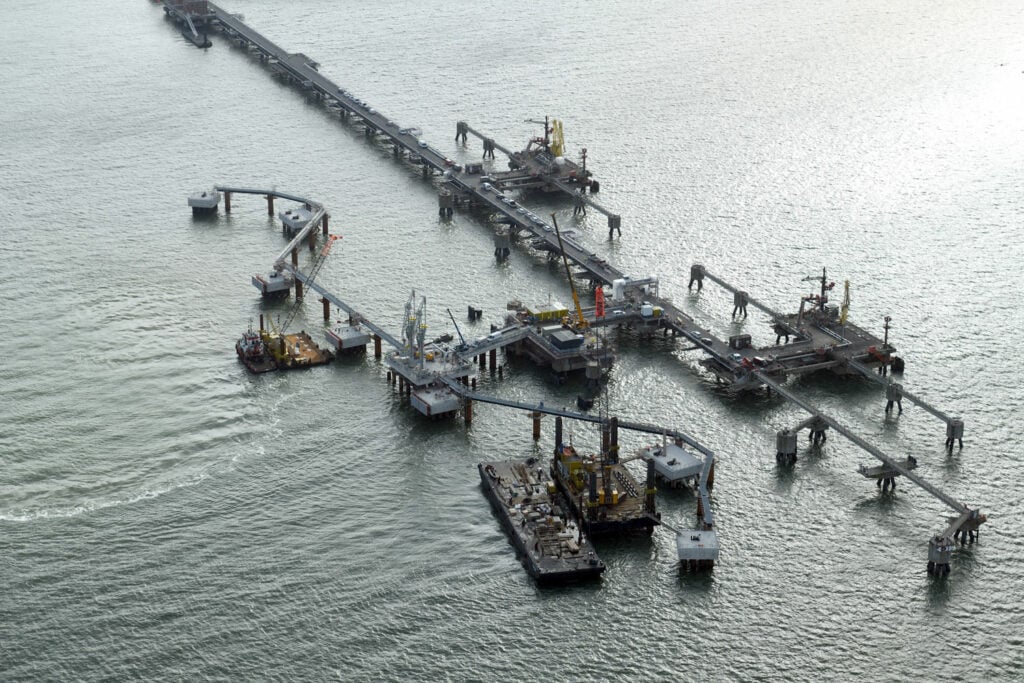