The UK Green Investment Bank (GIB) today announced a significant investment in the UK’s offshore wind sector. GIB is purchasing a 20 per cent stake from Statkraft and Statoil in Scira Offshore Energy Limited (Scira), the owner of Sheringham Shoal offshore wind farm, for an agreed valuation of £240m.

The investment is part of a wider strategy, led by GIB, to strengthen the UK offshore wind sector by allowing developers to recycle capital into new projects and by attracting new investors into the sector.

The 317 MW offshore wind farm has been operating for two years in the Greater Wash area, between 17 and 23 kilometres off the coast of Norfolk.

Sheringham Shoal generates over 1.1 TWh of net renewable electricity annually, equivalent to the electricity consumption of around 220,000 homes, roughly equating to the domestic demand of the county of Norfolk.

GIB intends, in time, to transfer its stake in the Sheringham Shoal offshore wind farm to the proposed GIB Operating Offshore Wind Fund as a seed asset.

This is an important investment for the UK offshore wind sector in two respects.

Firstly, it allows two strategically important investors, Statkraft and Statoil, to take part of their investment in an operating project and reinvest it in other projects.

Secondly, we intend, in time, to transfer the asset to our proposed Operating Offshore Wind Fund, which is intended to attract new investors and new capital to the UK.

The UK’s offshore wind sector is incredibly important to the UK, currently supporting 6,000 jobs and contributing millions to the economy each year. Britain leads the world in offshore wind power generation and this latest investment by GIB will cement that position.

The deal would not have happened without the Green Investment Bank – it is at the heart of our industrial strategy to create green jobs and growth.

Statkraft is very pleased to have the UK Green Investment Bank as a new partner in Sheringham Shoal Offshore Wind Farm. As Europe’s leader in renewable energy and a long term investor in the UK, we have firm growth ambitions in the UK’s offshore wind sector. This agreement enables further investments in project development while at the same time maintaining our industrial role as operator of Sheringham Shoal offshore wind farm.

We are very satisfied to have reached an agreement with the UK Green Investment Bank. This agreement is great news for Statoil and Statkraft as it enables us to realise value created through the development and construction phase of the Sheringham Shoal Wind Farm. It also demonstrates that investments in the UK renewable business are attractive. 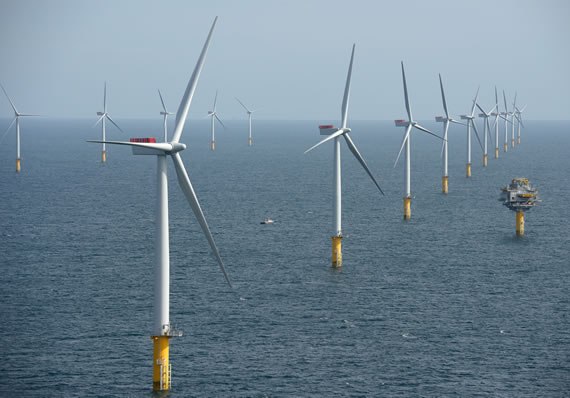