Since the start of the year, there have been 27 LNG-fuelled vessels
ordered, according to a recent market insight from Gibson Shipbrokers.

Of these, 14 have been tankers, nine have been container vessels, two general cargo, and PCCs respectively. The vessels will be built through to 2024.

Furthermore, IMO figures show that the current orderbook for LNG-fuelled vessels stands at over 130 ships.

The ordering trend supports the industry belief that LNG will play a critical role in the shipping sector’s transition to a cleaner future as a mid-term solution.

The uptake of the fuel is predominantly visible in the ordering of larger vessels, including very large crude carriers (VLCCs), Suezmax and Aframax tankers, ultra large containerships, and Newcastlemax bulkers.

The most recent contracts have seen Shell-supported order for 10 LNG-powered VLCCs from Daewoo Shipbuilding and Marine Engineering (DSME). The ships were contracted by Advantage Tankers, AET and International Seaways.

As explained by Gibson, tankers and bulkers are particularly suited to LNG as a fuel, as the bunker tanks can be situated on deck, resulting in limited impact on the vessels cargo carrying capacity.

Larger designs of container vessels are being fitted with LNG, their large size makes the loss of TEU capacity less of an issue. However, smaller designs are seeing less of an uptake for LNG.

“In fact CMA CGM has recently announced that they will be ordering up to 20 wide-beam conventionally fuelled Panamax containerships fitted with scrubbers. The reasoning behind this decision is that that the 5,000 TEU vessels are too small to install LNG bunker tanks,” Gibson said.

LNG-powered bulker orders also seem to be on the rise with a spate of mining companies reporting ordering or negotiating bulker newbuilds.

Rio Tinto has approached two shipyards in China to build up to 12 LNG fuelled Newcastlemax worth about $804 million. The likely shipyards to win the deal are Qingdao Beihai Shipbuilding Heavy Industry and New Times Shipbuilding. The vessels will transport iron ore between Australia and China and will be 210,000 dwt with delivery dates from 2023.

BHP has also ordered five Newcastlemax LNG fuelled (208,000 dwt) bulkers from Eastern Pacific Shipping in mid2020 at the New Times yard in China. Anglo American has also taken four newbuildings (190,000 dwt) ordered by U-Ming at Shanghai Waigaoqiao shipyard in China, which will be contracted under a 10-year charter. These vessels are reported to have cost $65m each.

In addition, New Times Shipbuilding recently announced that negotiations were in progress for four firm 210,000 dwt bulkers, with an option for eight more, under the code name Project Himalaya.

The scheduled delivery is anticipated from mid-2023. The vessels will be fitted with MEGI engines and they will utilise type-C LNG bunker tanks.

The container sector has really taken to LNG as a fuel, with over 40 vessels on order.

“The orderbook for LNG fuelled vessels continues to find new recruits, as owners see the immediate benefits of utilising the fuel. However, the question that is becoming increasingly more difficult to find a definitive answer too is, how long will it be before alternative fuels, such as ammonia, methanol and hydrogen become a reality and start taking market share from LNG within the newbuilding orderbook?,” Gibon said.

“Whilst hydrogen is seen as a next generation fuel for shipping, the other fuels will potentially start to impact the shipping sector within this decade. Like the move to LNG, the transition to new fuels will be based on vessel replacement and fleet expansion, meaning this could potentially take several decades for the fleet to move fully to renewable fuels. In the meantime, LNG will continue to provide an alternative to conventional fuels in the medium-term.” 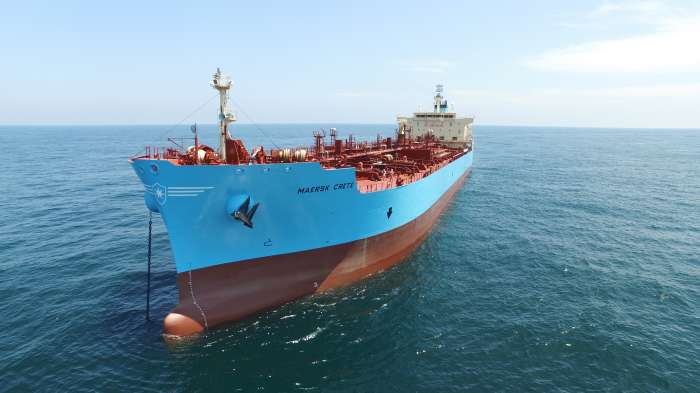