A court in Scotland has slapped Greenpeace with an £80,000 ($100,000) fine for attempting to stop British oil major BP from drilling for new oil at the Vorlich offshore oil field.

To remind, the environmentalist group interfered with BP operations and the chartered Paul B. Loyd Jr. drilling rig, owned by Transocean, by boarding it on 9 June 2019.

Greenpeace’s UK branch was served an injunction by BP and Transocean only days later meaning that the eco group had to cease and desist from the occupation of the rig.

After Greenpeace ignored the injunction police were brought in to attempt the removal of the activists from the rig. By this time the rig was boarded by a second set of activists to substitute in for the initial pair which were already brought in front of Scottish court under charges of disorderly conduct.

Police boats and climbers managed to remove the remaining two Greenpeace activists who had spent over 70 hours blocking the rig from leaving Cromarty Firth.

But only a day after the arrest, on 14 June 2019, two new climbers boarded the structure and climbed up to a gantry on one of the legs. They were arrested the next day.

As the third pair of Greenpeace climbers was arrested, the eco group changed tactics and used its Arctic Sunrise vessel to get ahead of the Paul B. Loyd Jr. rig and cut off its path towards the drill site at the Vorlich field. As a result, the rig has been forced to turn back. The activists also tried re-boarding the rig, but the towing vessel was able to speed away with the rig in tow.

The rig did make several attempts to get to its drill site which just resulted in a second and third U-turn for the rig due to Greenpeace interference.

As a result of the 12-day blockade of the rig, a total of 14 people – including three photographers – were arrested.

Last week, the court found Greenpeace’s UK chapter in contempt of court as it admittedly violated injunctions given by the court on several occasions.

According to an article by the Maritime Executive, Judge Lady Wolffe of Scotland’s Court of Sessions said in her ruling that she had no doubt that Greenpeace UK’s senior leadership had been closely involved with the operation from the beginning.

However, in an act of “leniency,” she imposed a fine on the organization and did not penalize individual members. Penalties for individuals could, in such cases, include jail time.

It is worth noting that Greenpeace defended its position to carry out with its occupation of the rig despite the injunctions in a statement from last Friday: “Despite the court order to stop, the activists continued. Greenpeace believes it is a moral duty for everyone to stop new oil and protect the planet due to the increasingly severe impacts of the climate emergency.

“When Greenpeace learned about BP’s plans to drill for new oil, we knew we had to take action. If oil companies are allowed to continue with business as usual, the whole world loses out”.

BP’s drilling licence “an illegal one”

In April 2020, Greenpeace was able to get the government to admit that the process of awarding BP’s permit in the North Sea was unlawful.

According to Greenpeace’s statement, it launched a second legal bid to get BP’s drilling permit cancelled altogether.

Greenpeace said that, by granting BP permission to drill in the Vorlich field, the government failed to take into account the impact drilling would have on our climate – as there’s already more than enough oil to burn. Reserves from Vorlich would probably add around 30 million barrels of additional oil.

The eco group claimed that the UK government was legally obliged to consider the impact of more oil drilling on the climate.

Greenpeace is hoping to prevent BP from extracting oil from the Vorlich field and set a precedent which would force the government to “consider the harmful impact on the climate before awarding any new drilling permits in the future”. 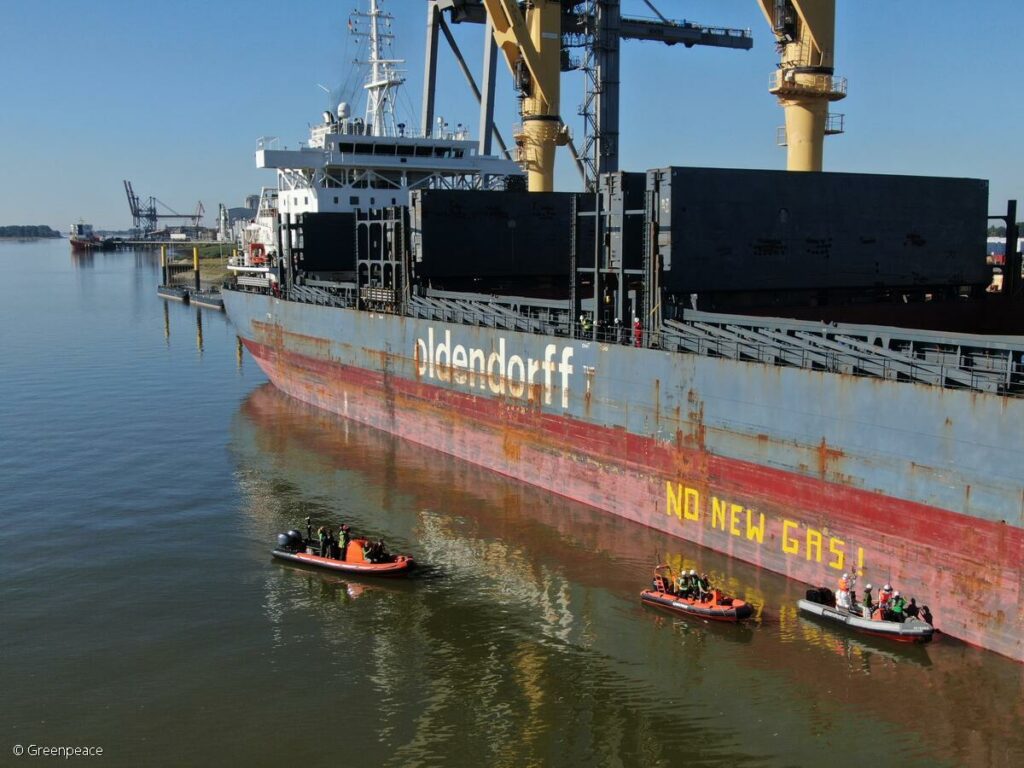