The official delivery signing ceremony was held on 15 September in an online setting, attended by the shipowners’ construction supervision team and the business management team together with the yard representatives.

Following the ceremony, the tanker set sail from the shipyard, and its tracking data shows that it is underway using engine heading toward Ulsan, South Korea, with an expected time of arrival on 23 September.

The vessel, named MT Proteus Philippa, is the third LNG-powered tanker from the series of eight being built by the yard, with its two sister vessels named and delivered in May and August this year respectively. The two LR2 tankers are named Proteus Harvonne and Proteus Sinead.

Bank of Communications and Financial Leasing has also recently taken delivery of another LNG-fueled LR2 tanker, Proteus Jessica, which was built by China’s Shanghai Waigaoqiao Shipbuilding.

All four vessels delivered so far form part of a major order placed by BoComm back in 2020. Specifically, the financial leasing powerhouse ordered a dozen of LNG-powered LR2 tankers from CSSC supported by seven-year-long charter deals with Shell. The investment was worth a whopping 4.6 billion yuan ($657 million).

CSSC said at the time that the ships would feature an optimized version of the LNG-powered LRII dual-fuel oil tanker design, developed by the two shipbuilders, and would exceed the IMO TIER III emissions standard, CSSC said announcing the deal. 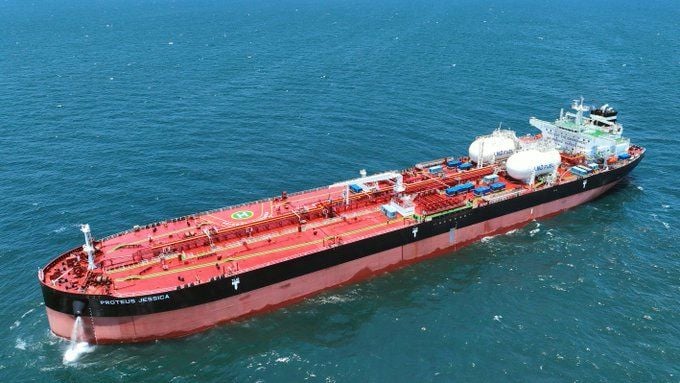