The newbuild will have zero emissions at harbour and achieve a substantial reduction of emissions during sailing. Hagland aims to achieve greener shortsea shipping through reduced local and global greenhouse gases and reduced noise.

The newest unit is scheduled to be delivered mid-2023 while the first two sister ships slated for delivery this summer and during Q1 2023.

Compared to the oldest vessels in Hagland’s existing fleet, the new ships are expected to reduce CO2 emission by more than 40% and NOx emissions by 90-95% from delivery. The newbuilds will also be prepared for zero-emission technology.

All the ships will fly the flag of the Norwegian International Ship registry (NIS).

As informed by Hagland, the total investment for this ship will be about NOK 150 million ($16.8 million), totalling NOK 430 million for the series of newbuilds.

The newbuilding contracts have been entered into on the basis of substantial support from ENOVA, which has been instrumental for the realisation of the project. This project is also supported by the fleet renewal program for short sea shipping.

“We are proud to enter into another contract for a newbuild with the latest green technology that is commercially available. The investment in these newbuildings is a big step forward for the company and will make Hagland Shipping’s fleet the most environmentally friendly in our segment,” according to Hagland. 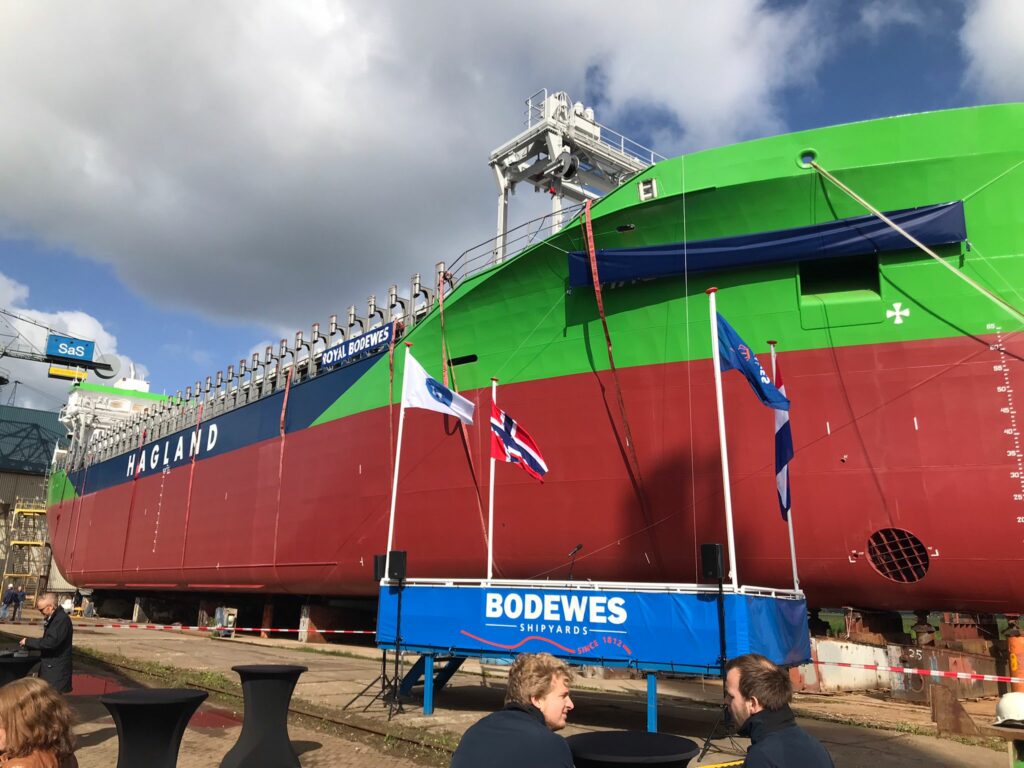