Hardide Coatings, provider of advanced surface coating technology, has completed its first application for a remotely operated vehicle (ROV) for Seatronics with exceptional test results resulting in a greatly improved performance which has led to production orders.

Since using the coating on a critical part of the thruster system, the Predator ROV manufactured by Seatronics has increased in performance and power, with critical wear issues also vastly improved, Hardide Coatings claims.

David Currie, Managing Director at Seatronics, said: “The Observation-class ROV sector is a growing market for us and we want to make the Predator as maintenance-free as possible. The Hardide coating solved the wear issues we were facing and increased the performance of the ROV. Using the Hardide coating on the Predator was like tuning a car to get more miles per gallon and getting F1 performance.”

Seatronics, an Acteon company is a global leader in the sale and rental of subsea marine electronic equipment. The company manufactures the Predator ROV mainly for the oil and gas market to support operations using a diver or larger ROV to provide backup and support.

ROV operations are a growing market, with recent reports highlighting an 80% increase in ROV expenditure from 2013 to 2017 compared to the previous five year period (Douglas-Westwood World ROV Operations Market Forecast).

Hardide plc CEO Philip Kirkham said: “This is the first time Hardide coatings have been used in the ROV industry. The results from the tests with Seatronics have shown the capability of the coating to make a significant contribution to the performance of this subsea equipment.”

Seatronics has advanced its services with the Predator, now offering a fast response with the Rapid Deployment Platform (RDP). The company is also exploring other markets such as hull inspection in the maritime sector, port security, fish farm inspections, with added interest in search and rescue applications further down the line. 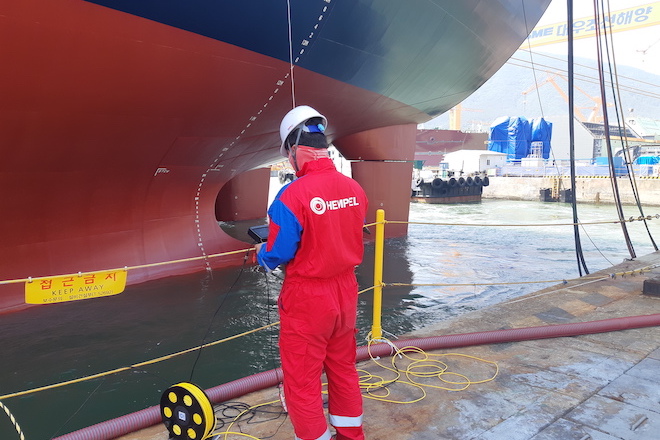