This collaboration wants to result in taking a first-mover position in seaborne transport of green hydrogen, a market that still does not exist on a large scale.

Green hydrogen can be produced at low-cost levels, but several of the optimal production sites are at remote locations, making transport by land expensive. By transporting hydrogen at sea, Höegh LNG and Gen2, both Norweigan companies, want to reduce both transport costs and CO2 emissions significantly.

Höegh LNG’s contributions are linked to its experience of shipping and import of LNG, establishing energy infrastructure, and maintaining logistics chains. Gen2 Energy will contribute with its experience in the production and safe handling of green hydrogen.

The companies will also explore the use of carbon-free propulsion systems for vessels and the potential for injection of hydrogen into the natural gas transmission grids.

CEO of Gen2 Energy Jonas Meyer said: “The agreement brings us one step closer to the goal of providing European energy markets with fossil-free hydrogen on a large scale… It also fits very well with Gen2 Energy’s announcement with Port of Cromarty Firth last week, which to my knowledge was the first-ever export agreement for green hydrogen from Norway”.

President & CEO of Hoegh LNG Sveinung J S Støhle commented: “We are delighted to be both shareholder and a partner with Gen2Energy on seaborne hydrogen transportation… Gen2Energy has the potential to be one of the first large-scale suppliers of green hydrogen to market with Höegh LNG taking a leading infrastructure role.” 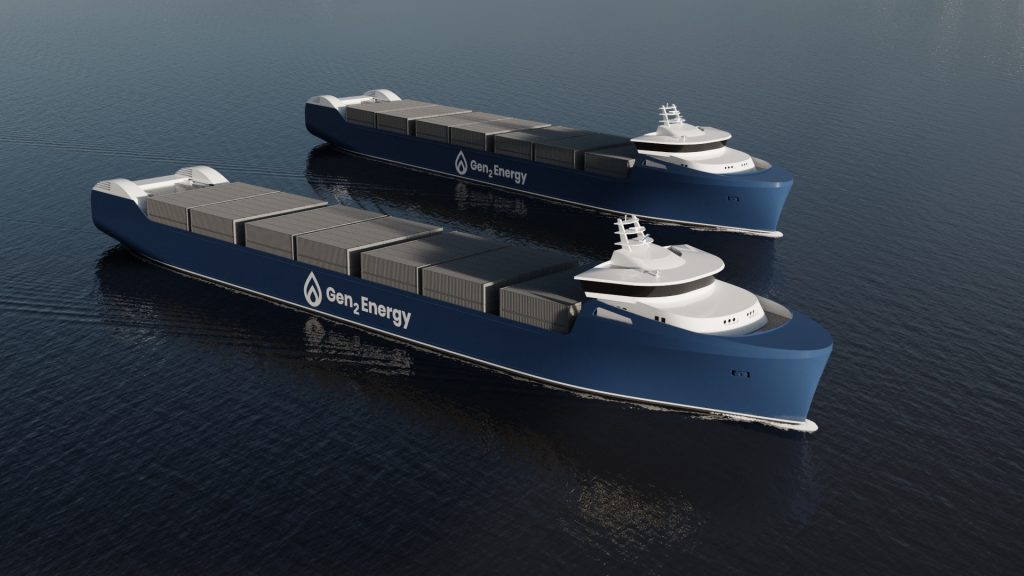 Gen2 Energy, Sirius D&I to develop world’s 1st container carrier for hydrogen
Posted: about 1 month ago
HYON, Gen2 Energy and ASCO to establish hydrogen hub for maritime transport in Nordland
Posted: 29 days ago
Two Norwegian players to explore the use of hydrogen as ‘fuel for the future’ in maritime sector
Posted: 9 days ago
TECO 2030, Gen2 Energy team up for green hydrogen projects
Posted: 4 months ago
HYON enters hydrogen fueling partnership with Mitsui
Posted: 17 days ago