The US-based cruise line Holland America Line, part of Carnival Corporation, has completed the cruise industry’s first multiweek test of biofuels on board Volendam at the Port of Rotterdam in the Netherlands.

The assessment was completed on 7 September. In the first five days of the test, the ship used a mix of 30% biofuel and 70% marine gas oil (MGO) in one of its main auxiliary engines. For the final 15 days of testing, the ship used 100% biofuel.

According to GoodFuels, there was a 78% decrease in lifecycle CO2 emissions during the final 15 days of the trial compared to marine gas oil emissions.

Dutch-flagged Volendam was selected for the test since it was located at the Port of Rotterdam, one of the global ports where GoodFuels operates the infrastructure necessary to provide biofuel waterside fueling services.

As explained, there is no significant difference for the ship’s team members in handling regular fuel oil versus biofuel. The use of a “drop-in” biofuel such as the one tested on Volendam requires no shipboard refitting or special equipment.

The advanced biofuel is derived from feedstocks that are certified as 100% waste or residue, with no land-use issues and no competition with food production or deforestation.

“Marine biofuel is already the biggest low carbon marine fuel in the world and we expect usage to rise sharply to 10% of total volume by 2030,” Dirk Kronemeijer, CEO and founder of GoodFuels, said.

“We are continuously developing our engine technology to accept and retain operational and environmental efficiency levels with various future fuels, including biofuels. These sea trials with 100% biofuel will be especially important — for Carnival Corporation, for Goodfuels, for Wärtsilä, and for the industry as a whole,” Ricardo Opperman, managing director of Wärtsilä North America, pointed out.

Carnival Corporation’s German brand AIDA also partnered with Goodfuels in July to run a blended biofuel test on board AIDAprima in Rotterdam.

While biofuels have been tested on large diesel engines at shoreside research facilities and on a few cargo ships, these represented the first live tests on working cruise ships.

The two brands’ biofuel tests support the overall environmental mission, goals and aspirations of Carnival Corporation. Those include achieving a 40% reduction in carbon per available lower-berth-day by 2030; expanding its alternative fuels strategy across its liquefied natural gas (LNG) program and battery, fuel cell and biofuel capabilities; delivering a 50% reduction in absolute air emissions of particulate matter by 2030; and the aspiration to achieve net carbon neutral operations by 2050. 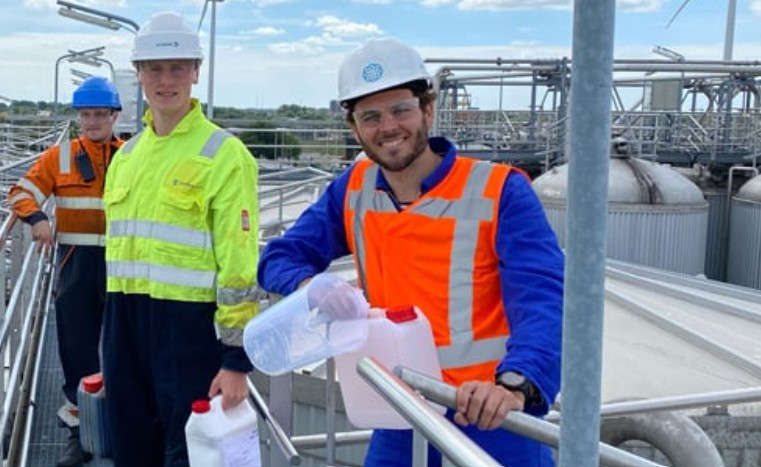