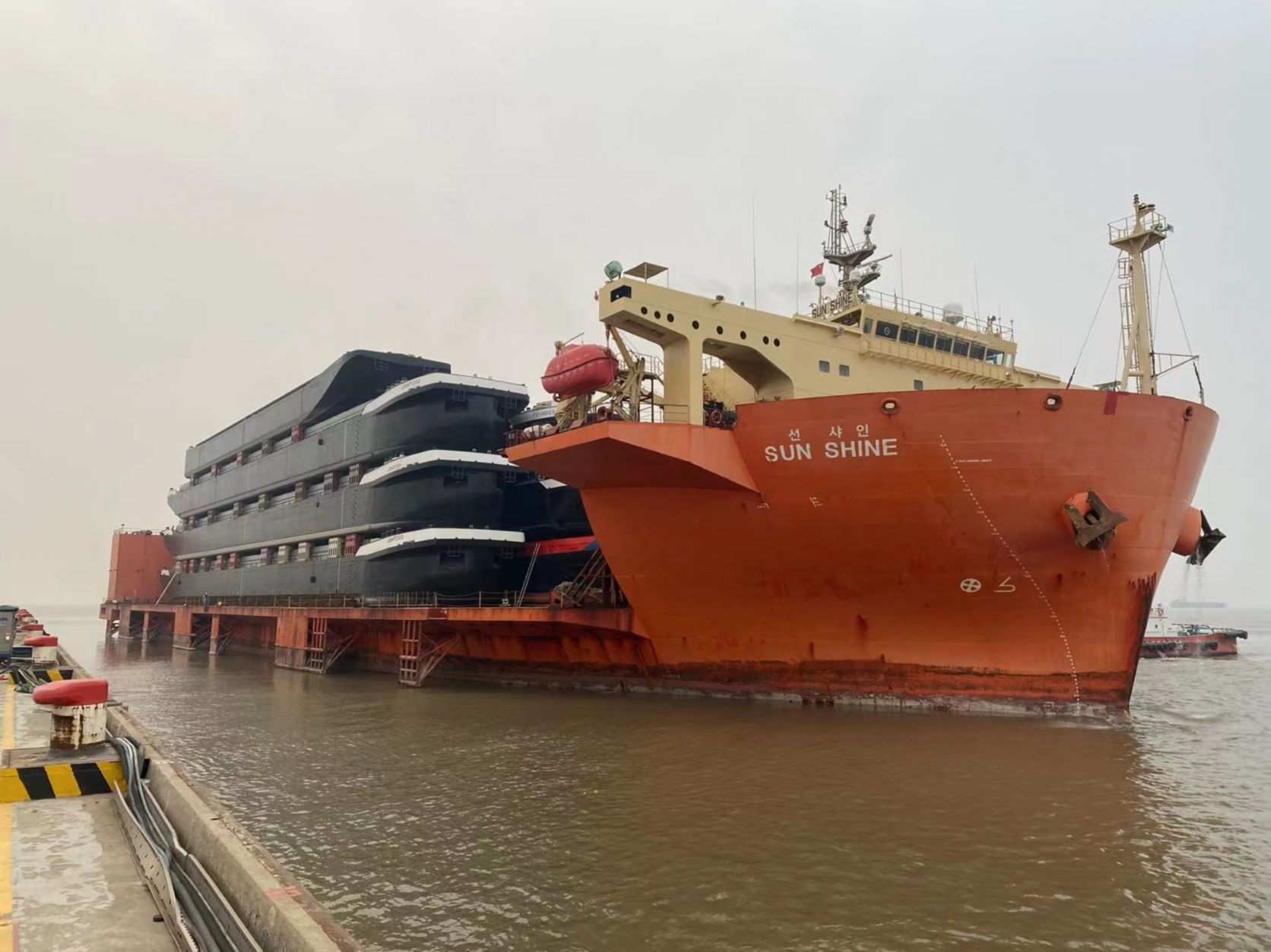 The hull of the first-ever inland hydrogen vessel is on its way from Shanghai, ready for outfitting in the Netherlands.

Antonie has been loaded onto the Sun Shine heavy load carrier, built in 2008, and currently sailing under the flag of Panama. The vessel is owned by Pan Ocean and operated by SAL Heavy Lift. Sun Shine departed from Nantong China on 28 December and is currently heading for the Suez Canal, according to the data from Marine Traffic.

The inland vessel was launched a month ago in China and it is expected to reach the Netherlands in mid-February.

The vessel will be used to transport salt for Nouryon, a global chemical supplier, from its salt factory in Delfzijl in the north of the Netherlands to the Botlek in the Port of Rotterdam.

Lenten Scheepvaart has received a EUR 4 million subsidy for the construction of the vessel from the Netherlands Governmental department of Infrastructure and Water Management. The subsidy aims to stimulate the development of the use of hydrogen as a fuel on the path toward zero emissions in inland shipping.

Moreover, the inland vessel and its operation will benefit from the subsidised hydrogen bunker station in Delfzijl.

Concordia Damen won the construction contract back in 2021.

“Greening the inland shipping sector is something which we feel passionate about and we will continue to work towards this goal. I believe there will not be one single way to reduce emissions in our sector, but a number of approaches. Hydrogen is likely to play an important role in the achievement of zero emissions in inland shipping. Lenten Scheepvaart are to be commended for taking this leading role,” Concordia Damen CEO Chris Kornet said on the occasion.

Earlier this month, the shipbuilder secured another order for the construction of inland vessels from Quinto Scheepvaart B.V. from Zwijndrecht. The shipping company opted for the Parsifal type inland tanker with the efficient hull shape that creates an optimal ‘speed-power curve’, the yard said.

The ship, with its home port of Zwijndrecht, near Rotterdam, will sail with Caterpillar engines and is Stage V compliant. The tanker is expected to be delivered within a year, in December 2023.

Premium
In focus: European countries keeping pace with the hydrogen uptick
Posted: 11 days ago
Damen wants to have methanol-powered tugs production-ready in 2026
Posted: 2 months ago
Premium
Shipping Corporation of India to retrofit ships to green hydrogen
Posted: 19 days ago