Hydrokinetic turbines power on with minimal impacts on rivers

Hydrokinetic turbine arrays can efficiently generate energy with minimal impacts to the shape and behavior of river channels, opening up the possibility for more sustainable energy production in large rivers with active sediment transport, according to the new University of Minnesota study.

The study, published in Nature Energy and conducted at the St. Anthony Falls Laboratory (SAFL) at the University of Minnesota, involved deploying an array of 12 model hydrokinetic turbines in a quasi-field-scale laboratory channel measuring 85 meters in length.

All turbines and the channel bathymetry were monitored in space and time to assess the overall submerged power plant performance and its impact on the channel bed, University of Minnesota said.

The results obtained from testing suggest that opportune siting of the hydrokinetic turbine arrays can generate clean with minimal impacts to river ecosystems, and also to the turbines themselves.

Namely, the hydrokinetic ‘self-defense’ mechanism works as long as the rotors of the turbines continuously operate as they erode erode and distort the approaching dune fronts, preventing burial of the turbine blades and damage to the rotors, the study states.

During the testing, the siting of hydrokinetic turbines within the array was arranged in a staggered configuration similarly to that of wind turbines.

The resulting spatial distribution of generated power mimicked that of wind farms, despite the introduced complexity of active sediment transport and migrating bedforms in the channel.

According to the paper, the ‘self-defense’ mechanism ensures continual energy generation and demonstrates that hydrokinetic arrays are resilient through flooding events under very intense sediment transport conditions.

Furthermore, clustering the hydrokinetic turbine array on one side of the river helps minimize disruption of the river’s natural morphodynamics, the research has found, adding that such siting is also beneficial for minimizing installation and maintenance costs, and preserving other potential uses of the river.

“This is the most complete study out there that really assesses the impacts of hydrokinetic turbine deployments in rivers,” said primary author Mirko Musa, a SAFL PhD student in the Department of Civil, Environmental, and Geo- Engineering at the University of Minnesota.

“What’s really exciting to me is that this technology may be a good alternative for local production of clean energy that can power even remote areas in developed and under-developed countries, with a smaller environmental impact on the river ecosystem,” Musa added.

Commenting, Michele Guala, Musa’s primary graduate advisor and SAFL Associate Director of Research, said: “Studies like this one help support the expansion of hydrokinetic energy from the ocean coast to the river network. As we as a society continue to support diversification of our energy portfolio, this type of hydropower may even present some advantages with respect to solar and wind.

“Unlike the sun or wind, hydrokinetic turbines will generate energy continuously because the river never sets or dies down – it just keeps running.”

Funding for the research was provided by the National Science Foundation CAREER: Geophysical Flow Control, and partially by the Institute on the Environment (IonE), University of Minnesota.

Contributions were also made by investigators from Stony Brook University and the University of Washington. 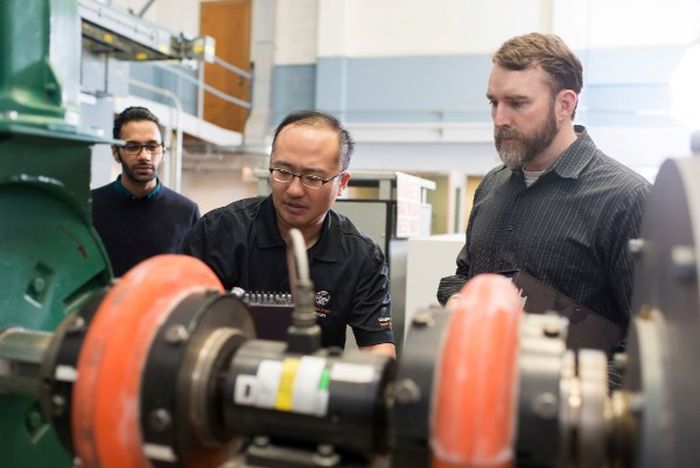 US universities power ahead on hydrokinetic research
Posted: 3 months ago
Marine energy viability for remote Alaskan communities up for assessment
Posted: 1 day ago
DesignPro completes hydrokinetic turbine trials at SEENEOH
Posted: 2 months ago