It is very important that tidal industry gets commercial demonstration projects, and from Tocardo’s point of view it is better to start with smaller projects in the water, which will result in the development of larger projects.

Tocardo has recently installed an array of three T1 tidal turbines at Afsluitdijk, Den Oever, Netherlands and it is already feeding electricity to the Dutch grid.

Tidal Energy Today spoke to Tocardo’s CEO, Hans van Breugel, about the T1 tidal array and tidal energy in general, as well as the company’s future plans and estimates about the industry’s development.

TET: Now that Tocardo has installed the T1 tidal array at Den Oever what are your plans for further expanding the site?

Hans van Breugel: We will use these three turbines for two purposes:

– First purpose – to do ongoing R&D on the turbines, since one of the turbines has the next type generator unit so the array will be used for software upgrading, testing, and validation of forces. The foundation and the turbines are fully equipped with sensors to measure vibrations and the fatigue, so on one end it is an R&D project. The blades are very close to each other, so we can also see the blockage effect and the interaction between the turbines which will give us very good validation of the data for future project implementation,

TET: What are your first impressions about the operational capabilities of the T1 array since it’s already feeding power to the grid?

Hans van Breugel: It is feeding power to the grid, although limited. We just started the commissioning phase but the first results are very promising and in line with the theory. We expect full production within the next few weeks.

TET: Aside from Den Oever, what can you tell us about the Energising Deltas project – current status of the project at different sites and future plans?

Hans van Breugel: Together with the Energising Deltas partners – Dutch research institutes, engineering companies, with Tocardo’s and Blue Energy’s technology on the gradient between salt and fresh water – we will start a joint feasibility study of the four of the most important deltas in the world where the Dutch technology can be very appropriate, from defense barriers to safeguard flooding in combination with energy production.

We know there are about 20 deltas in the world from Jakarta to Manila to the Gulf of Mexico, and we would like to do a feasibility study on 4 of the deltas which are similar to those in the Netherlands where we can see how we can combine safety with water management and energy production.

TET: Can you offer us any information about the latest tidal energy generation technology Tocardo is working on?

Hans van Breugel: We have at the moment the T1 and T2 turbines that are commercially available. We are manufacturing twelve of these turbines as we speak. The first three are now installed, and by the end of the year we will have four projects that are operational through our clients in the Netherlands and in Nepal.

As a next step in the technical development we are working on the T3 turbine which is designed for offshore projects. The performance will be in the range from 800 kW to 1.5 MW. Besides this new turbine we are constantly tryig to improve the output of the (installed) turbines by software tweaks and updates  through optimized hardware.

Another important part of our R&D program is focused on support structures for our turbines. Tocardo designed a retro-fit solution in-house which is used in Den Oever and is working on floating and bottom-based solutions. Having a portfolio of different solutions helps us in selling the best and most cost-effective solution to our clients.

TET: What countries or regions do you see as promising markets for expansion in the future?

Hans van Breugel: For us, the European market is concentrated in the UK, France and the Netherlands. Then we have the North American market, with the focus on Canada. And subsequently we see a market in South East Asia – Philippines, Indonesia, Singapore, Malaysia, and the rest of that region. For us a very important market and region is that of Japan and South Korea, where we have already signed contracts. In the near future we see emerging markets in Central and South America for both tidal and river projects.

TET: Are the governments supportive when it comes to developing these kinds of projects and what can be done to accelerate tidal energy development?

Hans van Breugel: I think what is very important with tidal energy in general, and Tocardo specifically, is that we are ready to commercialize. We can deliver commercial projects as we speak. So what is very important for our clients is that they still need a facilitating government with feed in tariffs, such as in the UK and Canada. At the moment the price is about the same as for the offshore wind for near-shore projects, but for offshore projects we are more expensive, due to foundation, installation and grid connection costs.

However, every new technology goes through a learning curve on the price. The first solar panels were very expensive, the first wind was very expensive and our entry point in the industry is the present price of offshore wind/solar for the first near-shore/river projects so you see that the potential of tidal to drive down costs is very strong, so what we look for in the government support is on feed in tariffs and guarantees.

TET: How do you think tidal energy industry will develop in the future and what measures are necessary to be taken for ensuring the industry is on the right track?

Hans van Breugel: I think what is very important for us is that the industry gets commercial demonstration projects in the water as soon as possible, and as much as possible. So, start with the smaller projects, and not with the massive projects at one time. From Tocardo’s point of view we always advocate that it’s better to have 10 small projects in the water than one big project, and that’s our focus.

TET: Is there anything you would like to add?

Hans van Breugel: It is good to mention the Horizon 2020 Programme. A very important thing to say for the tidal industry is that the innovation is finished, and now we must go to the implementation. The Horizon 2020 programme can assist in that. I think that at the moment UK and Europe has taken the lead in the technology development and the Horizon 2020 should also take the lead in the implementation of it, and then we can export out of Europe into the rest of the world what makes it very attractive for the EU as well.

An important next step in 2015 will be the installation of the Texel Tidal project. Tocardo is part of a consortium of Dutch companies, Bluewater, Van Oord, Damen Shipyards and other, to install the Bluetec floating platform designed by Bluewater. The project will be installed near the island of Texel in the north of the Netherlands in Q2 of 2015. Tocardo will deliver a T1 and later a T2 turbine for the project. 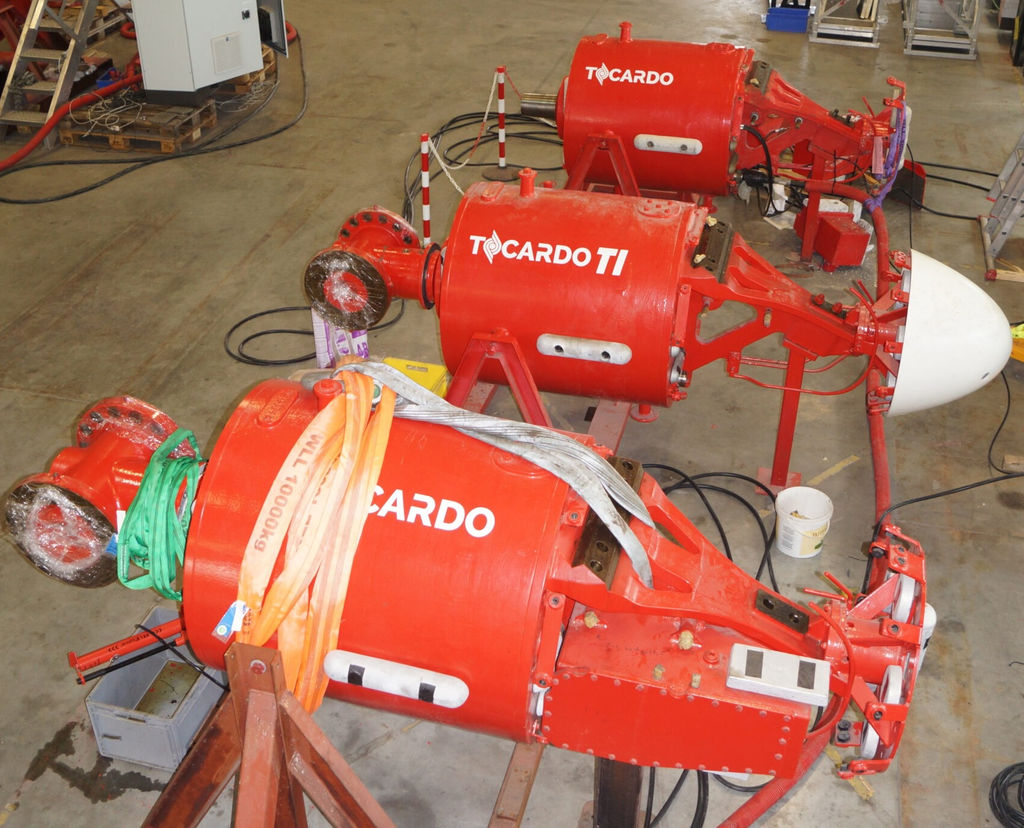