Independent Oil and Gas (IOG) has started pigging works on the Thames Gas Pipeline as part of its recommissioning efforts, which will provide IOG with an export route for the Southern North Sea gas assets.

Aiming to use the pipeline as an export route for its Southern North Sea assets, IOG signed a sale and purchase agreement regarding the acquisition of the recently decommissioned Thames Gas Pipeline for a nominal consideration from Perenco, Tullow Oil, and Centrica in April 2017.

The pipeline will allow IOG’s Blythe and Vulcan Satellite hubs to export gas to the Bacton Gas Terminal.

IOG said on Thursday that the Intelligent Pigging Program (IPP) for the Thames Pipeline IPP started on February 20, 2018 with onshore mechanical preparation work at the Bacton Terminal. This is being done to ensure the pipeline’s integrity for safe re-use.

The IPP will include pressure tests before and after pigging operations and initial IPP and pressure test results are expected by late April or early May.

Furthermore, Thames Pipeline acquisition sales and purchase agreement deadline is being extended to allow for completion during March 2018, with the main pigging work to follow. The previous deadline expired on February 1, 2018.

The Field Development Plan (FDP) approvals remain on schedule for August 2018, in line with milestones agreed with the UK Oil and Gas Authority.  First gas is planned in 4Q 2019, subject to project financing.

The plan for the Blythe hub was submitted to the authorities in July 2017 and for Vulcan satellites in October 2017.

Andrew Hockey, CEO of IOG commented: “We are pleased to have commenced the first stage of the Thames Pipeline Intelligent Pigging Program, which is an essential step in confirming to all stakeholders that our proven and fully-owned reserves of over 300 BCF can be produced safely and efficiently via the Thames Pipeline.

“We are also pleased to advance further towards completing this unique acquisition. The sale and recommissioning of a decommissioned pipeline is unprecedented in the UKCS. This has created regulatory complexities and we are grateful for the support from all of our partners, the sellers and the relevant authorities in helping us achieve a successful completion very soon. Owning high-capacity export infrastructure will be a major strategic advantage in further developing our UK Southern North Sea portfolio.” 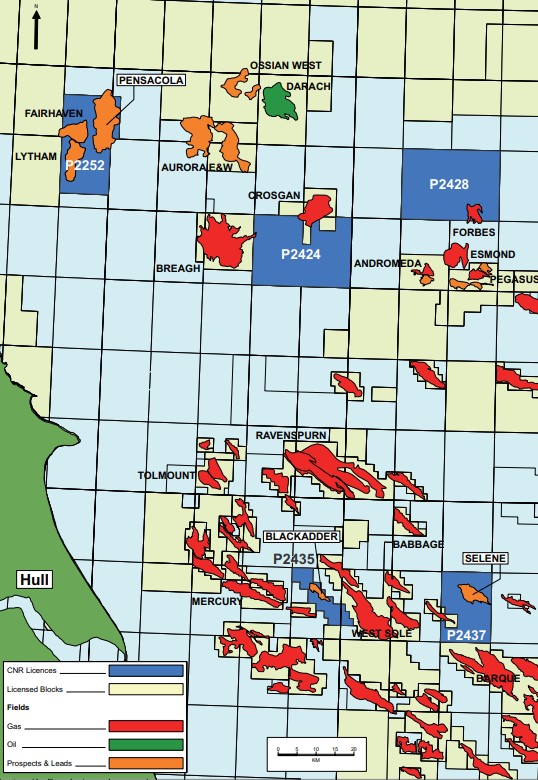