Inchcape Shipping Services (ISS), the world’s leading maritime services provider, has appointed David Mackay as Senior Vice President for its Africa region. Based in Mombasa, Kenya, David will have operational management responsibility for 8 countries in the region, with ambitious plans for more country openings in the coming year.

As part of a strategic geographical realignment, Africa has now been designated by ISS as a specific region its own right, having previously been managed as part of the larger Middle East, India and Africa region.

Focussing on driving growth for ISS in Africa, David will have responsibility for managing an extensive portfolio of marine solutions, but will also closely support colleagues across all divisions, exploring and developing new business opportunities in the offshore, freight forwarding, liner, dry bulk, naval, government, NGO and humanitarian logistics sectors.

David has strong local connections having been born in Kenya, where his father worked for Dodwell & Co before it was acquired by the ISS Group in 1974. Prior to joining ISS in 1996 himself, as General Manager for ISS Kenya, he worked in the UAE for Maersk Kanoo, and in the UK for Blue Star Line and Africa Ocean Lines.

David’s unique knowledge of the region and its diverse cultures, along with his deeply established local relationships in Africa, will be of great benefit to ISS’ customers, as he and his team support them with their own challenges and assist them with the smooth running of their operations in a sometimes difficult location.

Said Michael van Hemert, COO ISS Marine Solutions: “ISS has an ambitious growth plan for Africa. Setting up a regional management team led by David Mackay who has excellent customer understanding, unsurpassed local knowledge and an impeccable commercial track record, will enable ISS to build on its current strengths, ably support our local and global customers, and focus on growing our footprint in emerging markets in the region.” 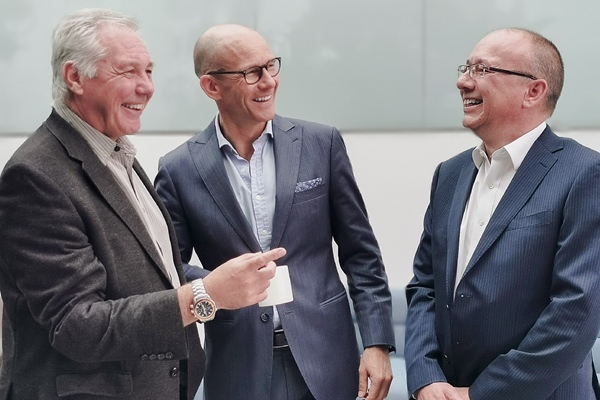