On 25th September 2011, Jumbo Shipping brought the J-lay tower back home from Port Gentil, Gabon to the port of Flushing, the Netherlands. Jumbo lifted the almost 1800t weighing pipeline production facility from Subsea 7’s Pipe Laying barge Acergy Polaris onto its J-type Fairpartner. The tower will be undergoing maintenance and reinstalled on board the Seven Borealis at the beginning of 2012.

In 2006 Jumbo set the world record in heavy lifting, when Jumbo was awarded the transportation of the same J-lay tower from Schiedam, the Netherlands onto Subsea 7’s (Acergy Offshore at the time) Polaris, at that time also located in Gabon, off the coast of West Africa. Key specialists who were responsible for the project at that time, were also part of Jumbo’s current project team. A dedicated Jumbo QHSE officer was present during the on and off loading of the 80-meter high unit, to ensure all steps were taken according to Jumbo’s safety standards.

Lifting the tower onto Jumbo’s Fairpartner was completed in 8 hours including the hooking on.

In order to prevent the J lay tower from twisting during the seavoyage it was decided to completely suspend the tower from vessels tanktop and to seafasten the unit on the side of the vessels hold.

Due to the weight of tower, the associated point loads and the centre of gravity, the tower had to be placed well away from the quayside in order to prevent damage to the quay. One of the Fairpartner’s strengths was executed when the J-lay was lifted on shore. 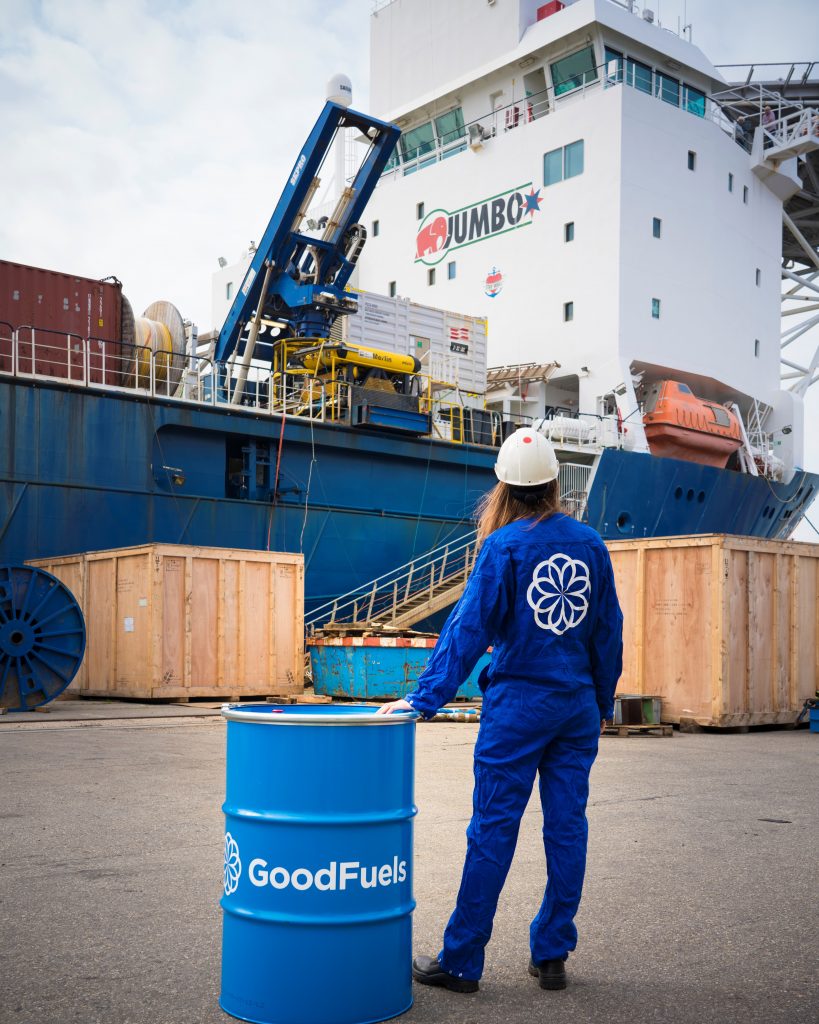