Norwegian shipping company Torvald Klaveness has revealed that three 80,500 dwt CABU combination carriers being built for the company by China-based Zheiang Ouhua Shipbuilding will be delivered soon, starting from this September.

The naming ceremonies for the first two vessels, MV Balboa and MV Baffin, took place last week at the shipyard in Zhousan.

According to Klaveness, MV Balboa will be delivered at the end of September 2016 and MV Baffin in November. On its maiden voyage, MV Balboa will ship caustic soda from Taiwan to Australia.

The third vessel, MV Ballard, is scheduled for delivery in January 2017.

Klaveness ordered the three CABU combination carriers in 2013 and 2014.

“The new vessels have been designed to reduce fuel consumption with 5-10 % achieved through amongst others an optimal hull form, fuel saving devices and a low RPM main engine with large diameter propeller,” according to the company.

In December 2015, Klaveness ordered three 83,500 dwt combination carriers from China’s Jiangsu New Yangzi Shipbuilding, slated for delivery during the second half of 2018. 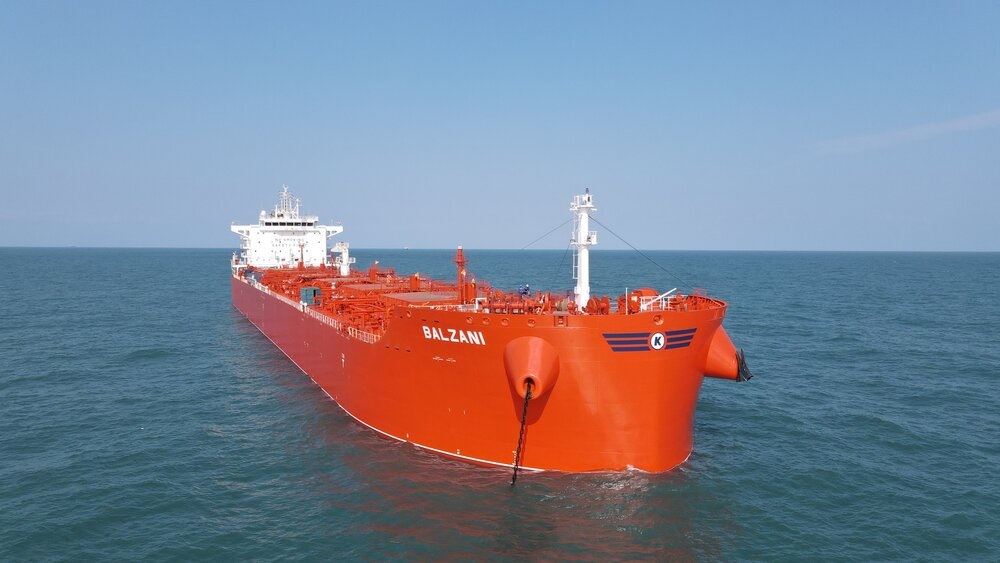