The award ceremony took place on September 16 at the OCEANS 2014 MTS/IEEE conference in St. John ‘s, Newfoundland, Canada. This prestigious award is presented to an individual whose work has had significant impact on the fields of marine science and technology.

Bjørn Jalving was selected for the award because of his long career and significant achievements within AUV technology. After graduating as M.Sc. in Engineering Cybernetics from the Norwegian University of Science and Technology in 1991, Bjørn started at FFI (the Norwegian Defence Research Establishment) in 1992, where he worked on the development of autonomous underwater vehicles (AUV), in projects with Kongsberg Maritime, the Norwegian Navy, Statoil and NUI.

Jalving developed the control and mission management system, and was heavily involved in system design of Kongsberg Maritime ‘s HUGIN AUV, which is today widely regarded as the de facto industry standard AUV family. He has played a key role in applying and verifying the use of AUVs in new applications such as detailed seabed mapping, naval mine hunting (MCM) and marine research.

Jalving was responsible for the team that designed and implemented the HUGIN aided inertial navigation system. In 2000, a HUGIN 3000 from C & C Technologies, the world ‘s first detailed seabed mapping AUV operating on a commercial basis in deep waters for the oil and gas industry, provided consistent position accuracies of 2m and 4m at depths of 1300m and 2200m in the Gulf of Mexico. This navigation technology has also been applied in Kongsberg Maritime ‘s HAIN system for ROV navigation and dynamic position vessel reference.

During his 14 years at FFI, moving to the position of Principal Scientist, Bjørn Jalving published and co-authored more than 30 publications. In 2006 he joined Kongsberg Maritime, and in 2007 he became Vice President of the AUV department. Bjørn was involved in the KONGSBERG acquisition of Hydroid, the manufacturer of the renown REMUS AUV product lines. From 2012 Bjørn became Executive Vice President of the Subsea Division in Kongsberg Maritime.

“During the last 20 years, innovative autonomous underwater vehicle solutions have proved successful in an increasing number of important applications and I am grateful to have been a part this, “ comments Bjørn Jalving.

“Kongsberg Maritime’s strong position and contribution to the advancement of the AUV market, is the result of a very stable and dedicated team of skilled engineers in Kongsberg Maritime and FFI, in addition to strong collaboration with our customers. The Seaglider from our operation in Seattle and the REMUS vehicles from Hydroid, Inc. are essential parts of the KONGSBERG AUV product line offering alongside HUGIN and MUNIN. I ‘m honoured to receive the award and see it as recognition of the determined and reliable world class teams in Kongsberg Maritime.” 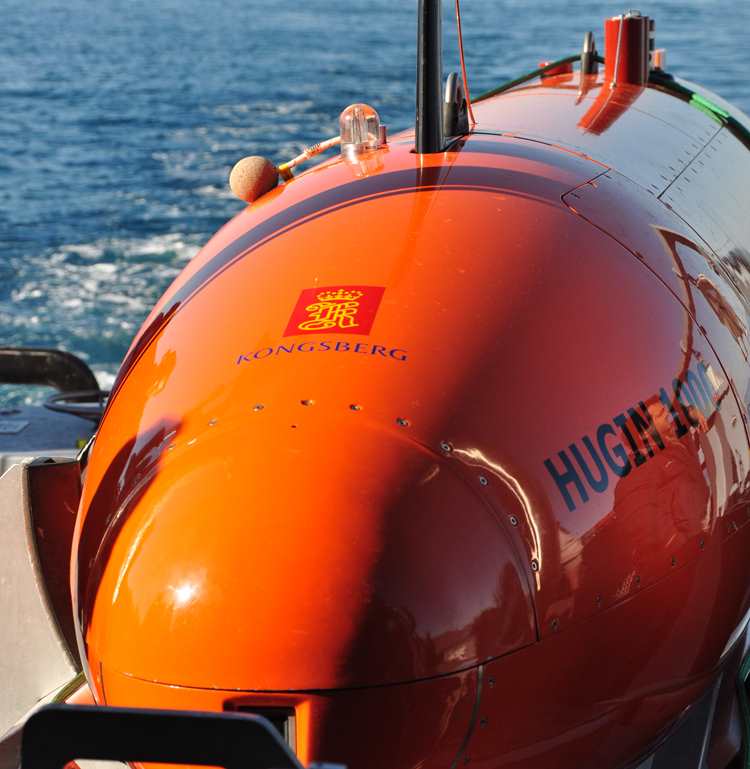