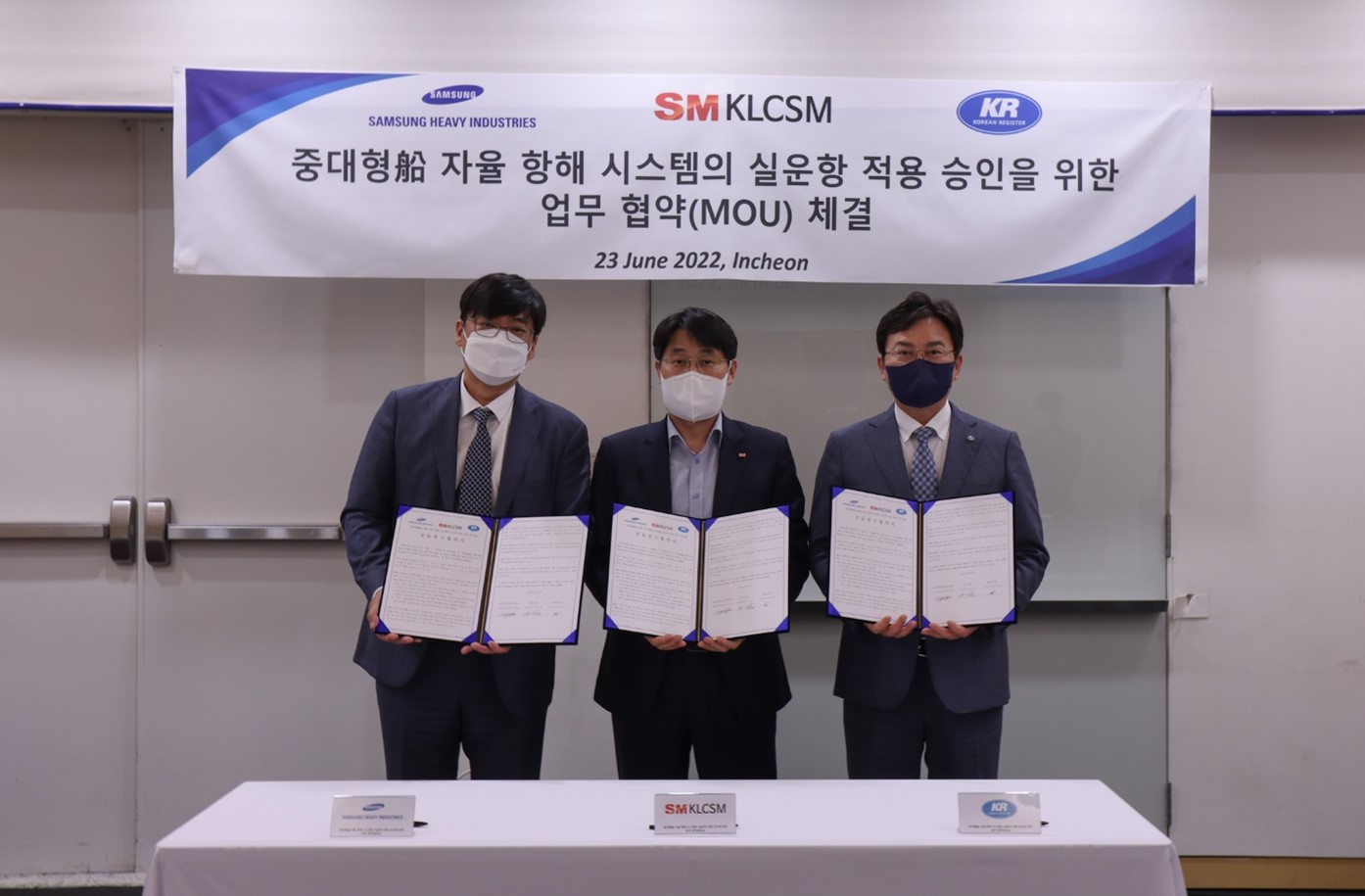 Back to overview
Home Green marine KR, KLCSM and SHI team up on autonomous navigation systems for ships

KR, KLCSM and SHI team up on autonomous navigation systems for ships

The agreement, which was signed on 23 June at this year’s Korea Ocean Expo in Incheon, seeks to accelerate the commercialization and international competitiveness of domestic autonomous ship equipment and technology by establishing an actual ship-based autonomous operating system that is jointly developed between domestic shipping companies, shipyards and KR.

The announcement comes as an increasing number of shipowners integrate artificial intelligence (AI), Internet of Things, Big Data and sensor systems into their vessels in order to assist vessel crews.

According to the MOU, SHI’s autonomous navigation system, known as the Samsung Autonomous Ship (SAS), will be applied to KLCSM’s fleet of operating ships to perform risk assessments, develop and certify cyber-security systems, and review the conformity of various agreements and standards for future domestic approval.

In addition, SHI will conduct a comprehensive collaboration for the commercialization of autonomous navigation systems through the certification of ship equipment and Marine Equipment Directive (MED) for Electronic Chart Display and Information System (ECDIS) modules.

“KR will provide technical support for this project in order to further the development and operation autonomous navigation systems,” Yeon Kyujin, Head of Plan Approval Center at KR, said.

“With this latest joint cooperation, more autonomous navigation systems will be successfully applied to ships, which will further increase the efficiency of ship management,” Kwon Ohgil, Managing Director of KLCSM, explained.

“We also expect to improve vessel safety and improve the environment of ship operations amid a current shortage of sailors.”

“SHI is focusing its capabilities on the research and development for the commercialization of autonomous navigation technologies for ocean and coastal navigation, including conducting practical ship operations based on the maritime demonstration of our own SAS autonomous navigation system,” Kim Hyunjo, Director of the Marine Shipbuilding Research Center of SHI, added.

In addition to this MOU, KR has been building up its related classification certification performance and autonomous navigation ship technology by applying its rules, cyber-security certification and risk-based approval in accordance with its ‘Guidance for Autonomous Ships’ which was published in 2019. 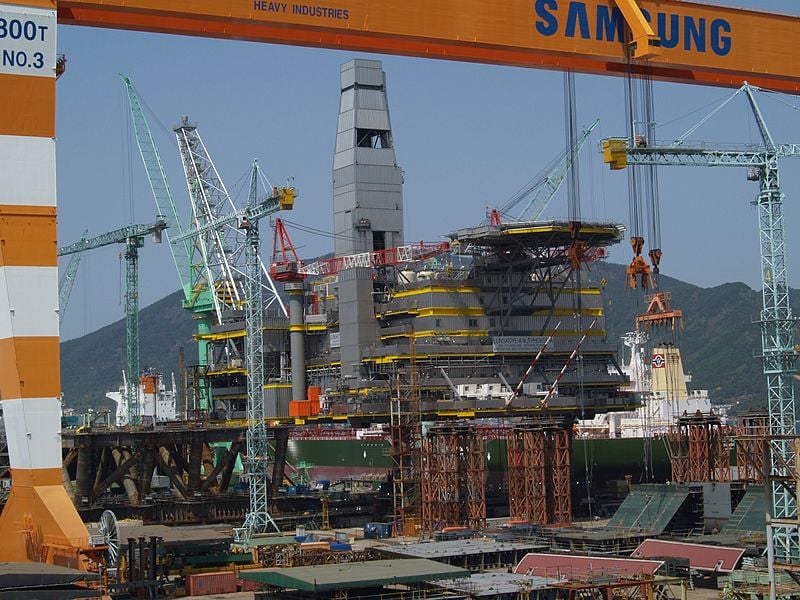 SHI teams up with Dassault to transform into a ‘smart yard’
Posted: about 1 month ago
ABS, HD Hyundai team up on autonomous technology for ships
Posted: 18 days ago
HHI and partners ink MoU to bring autonomous ship navigation to market
Posted: 4 months ago