The Finnish shipping company Langh Ship Oy Ab has placed an order for three 1,200 TEU container feeder vessels from the Paxocean shipyard in the Zhoushan area outside of Shanghai, China.

The newbuildings will be equipped with a two-stroke, slow-speed main engine for best fuel economy and hybrid scrubbers from Langh Ship’s sister company Langh Tech Oy Ab. The hybrid scrubber may be operated continuously in closed loop mode without time restrictions. The machinery will have readiness for Langh Tech’s carbon capture system in combination with the scrubber.

The main engine can also be operated on biofuel as soon as it will become available on a larger scale.

The main engine as well as the three auxiliary engines meet the stringent IMO Tier III requirements for NOx-emissions, the company said.

The company’s sister company Langh Tech started trialing the technology back in 2021, with the first tests performed onboard one of the vessels operated by Langh Ship, utilizing the existing Langh Tech hybrid scrubber.

Basically, the CO2 capture feature can be applied to the company’s closed loop or hybrid scrubber systems with minor changes to the existing system. The process is performed with readily available alkali products such as NaOH and MgOH2, which are both already being used in many SOx scrubber processes.

Langh Tech is also researching methods of extracting the captured CO2 from the process water and looking for ways to store and/or utilize the captured CO2 efficiently both onboard vessels and upon possible discharge to shore.

The new vessels will be prepared for shore power connection and a hybrid solution including batteries. In addition to that Langh Tech will supply the ballast water management system LanghBW Systems.

The design for the container ships has been developed by Langh Ship in collaboration with the Shanghai Merchant Ship Design & Research Institute (SDARI). The ships are optimized for carrying 45-foot containers both in the holds and on deck. The vessels will be approximately 150 meters long, 27 meters wide and have a draft of 8.75 meters. They will be built to Finnish / Swedish ice class 1A.

The delivery of the first vessel in the series is scheduled for August 2024. After delivery, the vessels will be employed in container traffic in Europe.

”In the European market we see a need for this type and size of container feeders,” says Laura Langh–Lagerlöf, Managing Director of Langh Ship.

”By optimising the hull lines we managed to maximise the cargo capacity and in the same time minimize the energy consumption, still keeping a speed of 18 knots if needed. I am proud of our team who continuously stays at the front edge of the latest technical development, tests new innovations and even develops new solutions ourselves.”

Langh Tech Product Manager Kim Tervonen has together with his team focused on carbon capture studies, testing various methods during the past months.

”It is exciting to get new vessels into our sister company’s fleet as on these vessels it is easy for us to do piloting of various new concepts,” Kim says. ”There will be at least the hybrid scrubber, carbon capture and BWMS delivered by Langh Tech, let’s see what we will come up with in addition to that,” he continues. 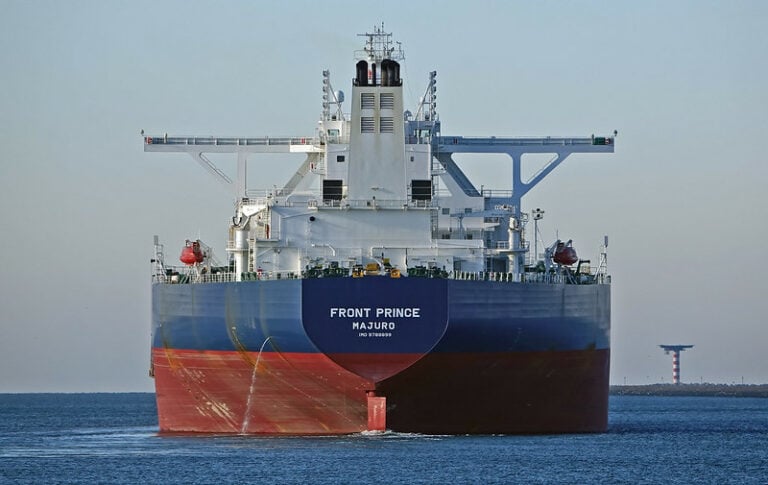 Frontline: 65pct of our fleet will be scrubber fitted
Posted: 4 days ago
Virgin Voyages’ last scrubber-fitted newbuild floated out in Italy
Posted: 7 days ago
Premium
Giant LCO2 carriers set to turn the tide on global shipping
Posted: 2 months ago