The AiP certification is a procedure to verify the suitability of the ship’s basic design. In order to minimize the loss of space in the existing containership design, the South Korean shipbuilder put the living area in the front, as part of the ship’s design, and an LNG storage tank of about 6,800 cbm was placed below it.

The design incorporates a Mark Ill Flex membrane, which is often used in large-capacity fuel tanks. The Mark III membrane system, developed by French engineering company GTT, is a containment and insulation system, directly supported by the ship’s hull structure.

It is composed of a primary corrugated stainless steel membrane, positioned on top of prefabricated insulation panels, including a complete secondary membrane made of composite material.

The project was developed in accordance with the International Code of Safety for Ships using Gases or other Low flashpoint Fuels (IGF Code) which aims to minimize the risk to ships, their crews and the environment, given the nature of the fuels involved.

At the beginning of the year, K Shipbuilding teamed up with compatriot marine equipment company DongHwa Entec for LNG-fueled containership development. The firms signed a memorandum of understanding (MoU) on 20 January 2022 to work on the development of an 8,000 TEU dual-fuel boxship.

Meanwhile, K shipbuilding has been working on various types of eco-friendly ship designs, including those powered by methanol and ammonia.

The basic design was reviewed in accordance with the principles of the ABS Guide for Gas and Other Low-Flashpoint Fuel Ready Vessels. Once built, the vessel will be in line to claim the ABS Methanol Fuel Ready Notation. 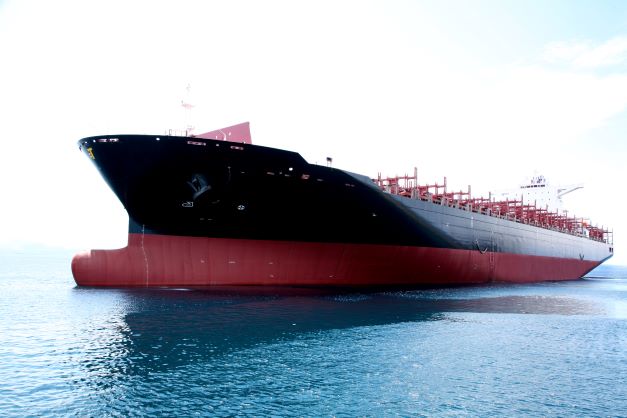