The neutrino is the most elusive of the elementary particles and as they travel almost unimpeded through all matter, observable collisions with atoms are rare. However, because trillions of neutrinos pass through the earth every second, there are sufficient impact flashes to be detected by an array of sensors. These flashes can only be detected if all light sources are filtered out and therefore, the absolute darkness at 2500 meters depth is the best place to observe them.

Scaling up the successful approach deployed by ANTARES, the MEUST project will utilise a vast array of underwater photomultiplier sensors to detect and study neutrino collisions. Compared to ANTARES, MEUST will ultimately increase the sensitivity of neutrino detection by more than a factor twenty (20x).

The MEUST underwater infrastructure is mainly composed of several instrumented neutrino astronomy mooring lines called DU (Detection Units), which are connected to a seabed infrastructure of nodes and cables. One DU is comprised of neutrino detecting DOM (Digital Optical Modules) on an 800 metre flexible line.

The present phase of the project is bound for installation in 2014 and includes the main cable and one node onto which the first lines will be connected soon after.

The seafloor connectivity infrastructure needs to provide power and transmit data between instrumented mooring lines and shore. This is achieved by means of a telecommunication cable connected to an offshore node, onto which user ports allow the connection of lines using interconnection cables equipped with wet mateable connectors. MacArtney France will supply Teledyne ODI wet mateable connectors to equip the node and the interlink cables between detection units and between detection units and nodes.

“A significant contribution to the success of these programmes lie with the technical expertise, local engineering, business development and capability of the MacArtney France team” says Teledyne ODI and continues: “This open collaboration has been very successful for over ten years and has set the template for continued success with the expanded MEUST observatory. There is a need for local technical expertise to assist in qualifying and defining configuration enhancements and on-site engineering support as well as leading the commercial negotiations and achieving the awards. The MacArtney France team fills this role with unequalled dedication and finesse to our mutual benefit. The entire Teledyne ODI team is proud of the relationship and cooperative business development successes that have been realised through working closely with MacArtney France and we look forward to continuing this successful model”. 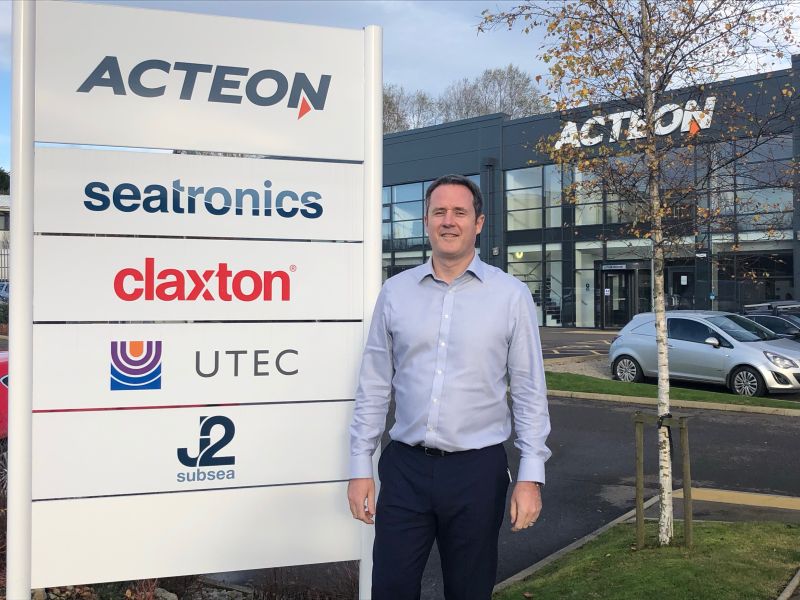