Namely, Maersk Drilling previously secured a two-well contract for the Maersk Integrator with Aker BP back in February 2021.

Under this deal, Maersk Integrator will return to Aker BP’s Ivar Aasen field for a two-well campaign expected to start in 3Q 2021.

When it comes to the new contract, it is expected to start in December 2021, with an estimated duration of 36 days.

Maersk Integrator is contracted under the terms of the frame agreement that Maersk Drilling and Aker BP entered into in 2017 as part of the Aker BP Jack-up Alliance which also includes Halliburton.

Contracts under the alliance are based on market-rate terms with incentive arrangement for all parties, based on actual delivery and performance.

The ultra-harsh environment jack-up rig recently completed a series of upgrades to convert it to a hybrid, low-emission rig.

In the first month of operations featuring identical upgrades, the sister rig Maersk Intrepid registered a very promising initial data point of reducing fuel consumption and CO2 emissions by approximately 25 per cent compared to the rig’s average baseline, along with NOx emissions reductions of approximately 95 per cent.

“We’re delighted to add this additional work scope for Maersk Integrator which will provide an opportunity to prove that our alliance model with Aker BP and Halliburton also can be applied to an exploration campaign, expectedly resulting in significant efficiency gains and emissions reductions”, said COO of Maersk Drilling, Morten Kelstrup.

Also this week, Maersk Drilling was awarded a contract with Karoon Energy for the semi-submersible rig Maersk Developer to perform well intervention on four wells at the Baúna field offshore Brazil. 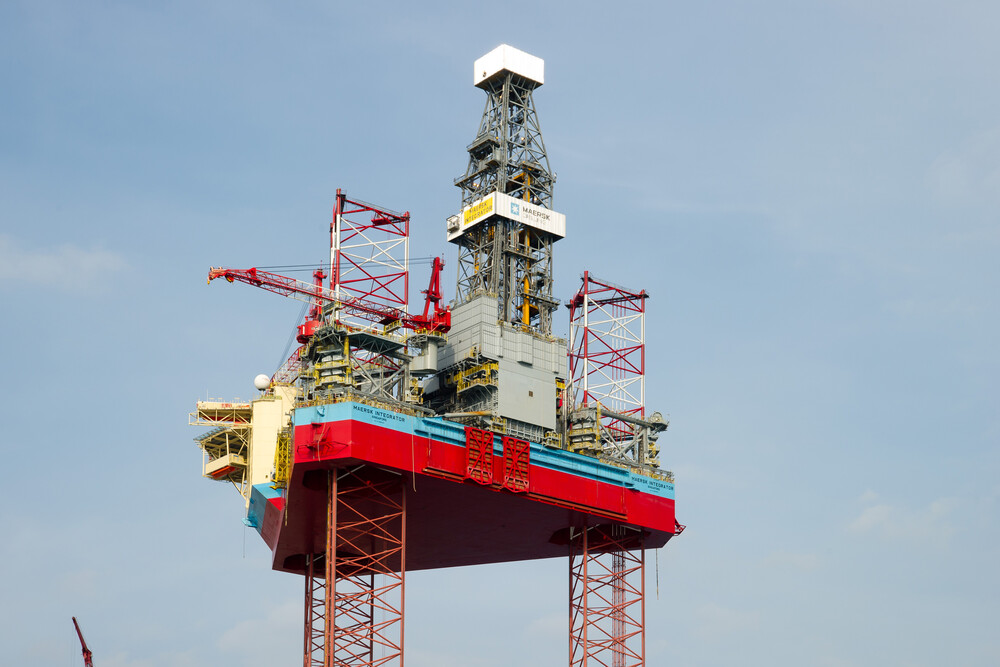