After being converted to a hybrid, low-emission rig, Maersk Intrepid jack-up has entered operations as the first Maersk Drilling rig to feature this set of upgrades.

According to a Thursday statement by its owner, the Maersk Intrepid rig is currently working for Equinor on the Martin Linge field where the ultra-harsh environment jack-up in November this year started its first drilling operation with the full low-emission package in use.

The drilling contractor said that the full technology package was expected to deliver a double-digit energy savings potential. This has now been confirmed on Maersk Intrepid where the first month of operations on Martin Linge produced an initial data point of reducing fuel consumption and CO2 emissions by approximately 25 per cent compared to the baseline average for the rig.

In addition, NOx emissions were reduced by approximately 95 per cent, an improvement from the original target of 90 per cent.

The installation of low-emission technology is one of several initiatives that support Maersk Drilling’s efforts to reach the company’s recently announced target of reducing its CO2 emissions intensity by 50 per cent by 2030.

Other initiatives relating to CO2 reductions include operating rigs on shore power and participation in the Project Greensand consortium, which is targeting the use of discontinued oil and gas fields for permanent storage of CO2 offshore Denmark.

Namely, a Danish North Sea reservoir and infrastructure have recently been determined suitable for geological CO2 storage, as part of the Project Greensand with Wintershall Dea, Ineos, and Maersk Drilling as its members.

Caroline Alting, Head of Integrity & Projects, Maersk Drilling, said: “We’re thrilled to now see the full complement of low-emission technology in use on Maersk Intrepid, and to receive a very promising first dataset on emission reductions.

“It’s still too early to make any definitive conclusions on average emission reductions over time, but the preliminary results are very promising with reductions around 25 per cent compared to the rig’s baseline, driven by both energy-saving technology and behavioural changes supported by the low-emission package”.

The hybrid, low-emission upgrades installed on Maersk Intrepid are supported by a grant from the Norwegian NOx Fund and by Equinor’s decision to introduce compensation formats to stimulate emission reductions.

The upgrades combine the use of hybrid power with NOx conversion units, adding data intelligence to further reduce energy consumption and CO2 emissions.

As part of the Master Frame Agreement between Maersk Drilling and Equinor, the parties have committed to exploring further initiatives to limit greenhouse gas emissions from drilling operations.

The full package of hybrid, low-emissions upgrades is also being installed on the ultra-harsh environment jack-up rig Maersk Integrator, which is expected to start operating in a full low-emission mode in early 2021 in Norway.

Tommy Johnsen, General Manager of the NOx Fund, said: “Maersk Drilling shows that it is technically and financially feasible to retrofit offshore rigs with low-emission solutions. It is also important that the ambitions do not stop there, but, as in this case, that the new technology opens for further reductions towards a zero-emission future.

“If Norway is to meet its national emission targets, it is crucial that offshore rigs contribute with their share, and with the improvements on Maersk Intrepid, Maersk Drilling is showing the way. The NOx Fund is ready for more applications of similar character and hopes that rig operators and entrepreneurs together can develop new projects”.

Maersk Intrepid is an ultra-harsh environment CJ70 jack-up rig, designed for year-round operations in the North Sea. It was delivered in 2014 and has been operating in Norway ever since. 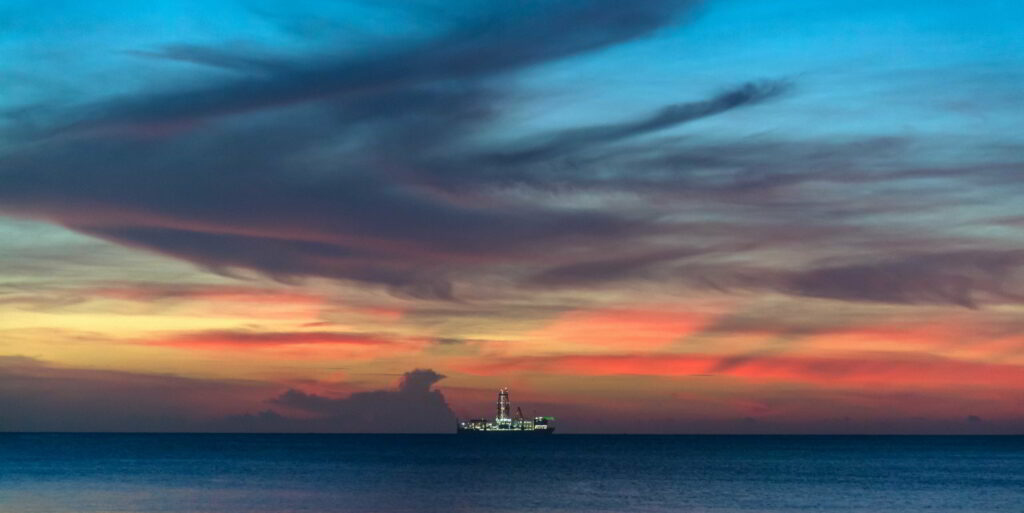 Norway spearheading low-emission rig adoption, says Westwood
Posted: 15 days ago
Premium
Maersk’s Christiansen: It will be the end of decade before we can see some scaling-up of ammonia
Posted: 6 days ago
Extra five-well drilling gig for Maersk rig in North Sea
Posted: 2 months ago