Delivery documents for the 137 meters long vessel were signed on Tuesday, November 28, the shipyard said on Wednesday.

The vessel, named Maersk Involver, is part of  a batch four Stingray-class vessels ordered by Maersk from Cosco. The Maersk Involver is the second Stingray deliver in a little over a month. Cosco delivered the first vessel, Maersk Installer, on October 16.

The delivery dates for the four vessels were postponed in mid-2017 due to the current market situation with new dates ranging from summer 2017 to spring 2018.

Back in July, Maersk Supply secured a contract with Subtec S.A de C.V. of Mexico, a subsidiary of Blue Marine Group, for one of its Stingray vessels. The Stingray vessel will be operating in the Bay of Campeche performing general support duties, including IRM and maintenance of Pemex’s platforms as well as enhancement and well stimulation. The contract will start in autumn 2018 with a firm duration until June 2020.

The Stingray vessels were designed by Marin Teknikk for a range of deep and shallow water operations in challenging offshore environments.

Maersk has described the DP3 vessels as having a very energy efficient propulsion set-up, and 400 t active heave compensated crane and 2 work class ROV’s capable of operating in up to 3,000 m water depth. The free deck is 1,925 m2 large. The vessels offer accommodation for 120 people. 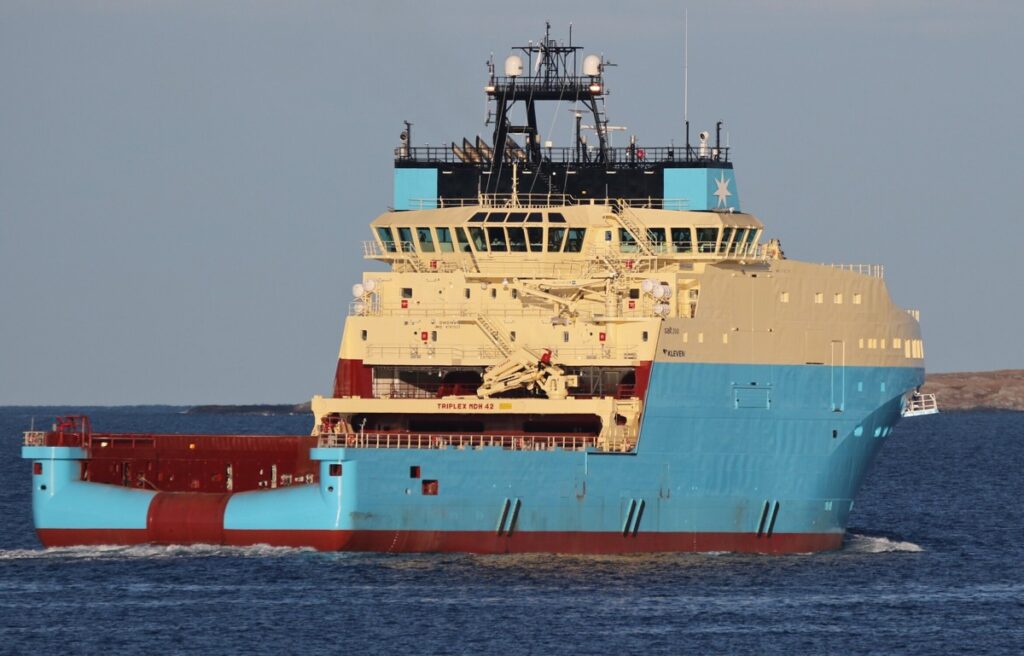