The first-ever Svitzer TRAnsverse Tug will be built for harbour towage in Svitzer Europe, with expected delivery in Q3 2023.

As explained, the new tug will be able to generate higher steering forces than most designs of similar dimensions and comes with a staple design and ability to push, pull and manoeuvre in all directions.

With omni direction hull form and propulsion and steering forces over the full range of speeds & manoeuvres, the compact and more fuel-efficient TRAnsverse Tug is scalable and suitable for all types of harbour and terminal towage operations, according to Svitzer.

The TRAnsverse Tug will be fitted with the Svitzer Catcher and other equipment to automate operational elements. It will be the ground design for the recently announced carbon neutral methanol fuel cell tug that Svitzer and Maersk are developing together with Robert Allan.

“This tug is a game changer. Our customers expect us to deliver flexible and environmentally friendly towage services at a competitive price…I am proud that we are able to pave the way for future tug designs and at the same time ease the transition from the marine fuel we use today to the future carbon neutral fuels that we are transitioning to over the coming years,” Ingrid Uppelschoten Snelderwaard, Svitzer COO, commented.

As a further step on its decarbonization journey, Svitzer also recently revealed plans to convert a fleet of 10 tugs in London and Medway to be powered by marine biofuel.

Together with a core Svitzer team, Thomas Bangslund, Svitzer’s Head of Technical Innovation, has led the invention of the new tug design that after a series of tank tests and simulations is now ready to be built by Sanmar with Robert Allan Ltd as the designer.

“It is highly rewarding to see this multipurpose and very versatile tug become a reality. It started as a wish to improve efficiency in our operations and is now materialising as a powerful and cost-efficient tug with the potential to reduce both operational cost and CO2 emissions, while improving the safety margins in operations,” Bangslund explained.

“Integrating all these technologies into one vessel has never been done before and it was a real challenge to do it in a way that is safe, functional, and economic. It was only after an exhaustive tank testing program at HSVA Hamburg, with valuable input from Svitzer’s Masters, that the final layout was determined,” James R. Hyslop, Manager, Project Development, Robert Allan Ltd, noted.

Our design team is looking forward to the opportunities that will come with the construction and testing of this tug, as it paves the way for future newbuilds in the Svitzer fleet.” 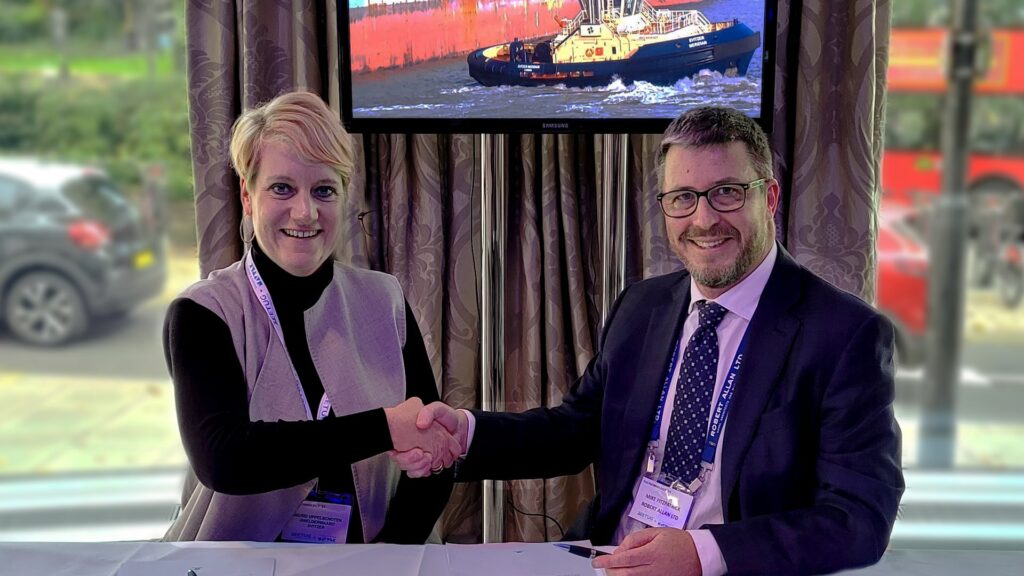