The Mauritius Commercial Bank (MCB) is facilitating Senegal’s transition to LNG for its electricity production through its $60 million participation in Karpowership operations.

In August 2019, Karpowership signed an LNG-to-power contract with Senegal to deploy a Powership for a period of five and a half years. Karadeniz Powership Ayşegül Sultan started operation in October 2019. Karpowership is supplying 15 per cent of Senegal’s electricity.

The country’s ambitions are to increase its electrification rate to 100 per cent by 2025, whilst focusing on lowering electricity generation costs by reducing its dependence on imported liquid fuels and increasing electricity access to rural areas.

The Powership will soon shift from the use of heavy fuel oil to gas. Being the first power generation plant fueled by gas, the Powership will enable Senegal to cut its carbon emission. Senegal ambitions are to shift primarily to natural gas for its power production by 2035.

The transition of the Powership is being facilitated by a Floating Storage and Regasification Unit (FSRU). Following successful sea trials, the KARMOL LNGT Powership Africa FSRU has departed Singapore and is expected in Senegal in the coming weeks. KARMOL is a joint venture between Karpowership and Mitsui OSK Lines.

Zaahir Sulliman, head of specialised finance of MCB, said: “MCB is aware of its responsibility in the face of the climatic emergency and committed by 2022, to stop financing new coal power-plants and discontinue the trade financing of both thermal and metallurgical coal. Financing Karpowership in Senegal is a first step in the right direction and we are looking forward to increase our participation in projects that foster energy production whilst promoting both climatic and environment friendliness in an endeavor to increase living standards”. 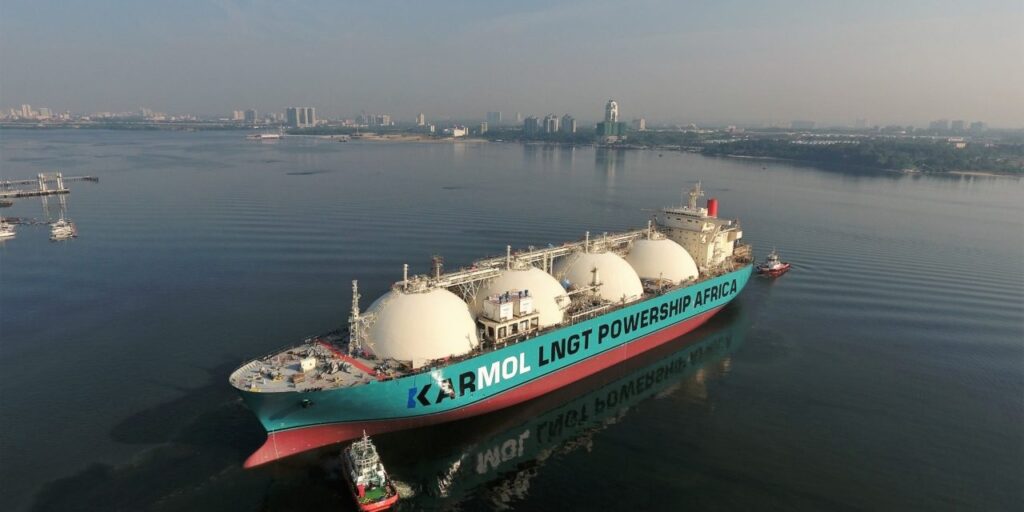