McDermott gets new boss as Dickson heads out

U.S. offshore engineering and construction services player McDermott International has revealed that its CEO David Dickson has decided to resign.

“Lee is a strategic and pragmatic leader”, said Nils Larsen, Lead Director. “He brings extensive experience leading successful engineering and construction firms and will work closely with McDermott’s executive leaders. McDermott has outstanding capabilities, resources, and talent, and we are confident in the company’s future. I also want to thank David for his service and wish him the very best”.

McIntire said, “I have admired McDermott’s project execution and customer focus for years and was pleased to join the board last year. I have confidence in the organization and am committed to staying focused on safety, efficiency, the environment, and our customers”.

McIntire was recruited to join McDermott’s board of directors in July 2020. He brings more than 35 years in customer-focused construction engineering and executive leadership.

McIntire most recently served as Chief Executive Officer of Terrapower from August 2015 to October 2018 and was previously Chairman, Chief Executive Officer and President of CH2M HILL, a global engineering services company, from 2006 to 2014. At CH2M HILL, McIntire doubled company revenue, grew the workforce to more than 30,000, and expanded the company’s international presence.

McIntire was also a Partner and Executive Vice President and a member of the board of the Bechtel Corporation from 1989 to 2004.

Back in 2018, McDermott merged with Chicago Bridge & Iron Company N.V. (CB&I) and Dickson had continued in the CEO role of the combined company.

Last year, McDermott completed its restructuring process by shedding nearly all of the company’s $4.6 billion of funded debt.

The company emerged from bankruptcy with $2.4 billion in letter of credit capacity and $544 million of funded debt. The exit was enabled through the $2.7 billion sale of Lummus technology to a joint partnership between Haldia Petrochemicals and Rhône Capital. 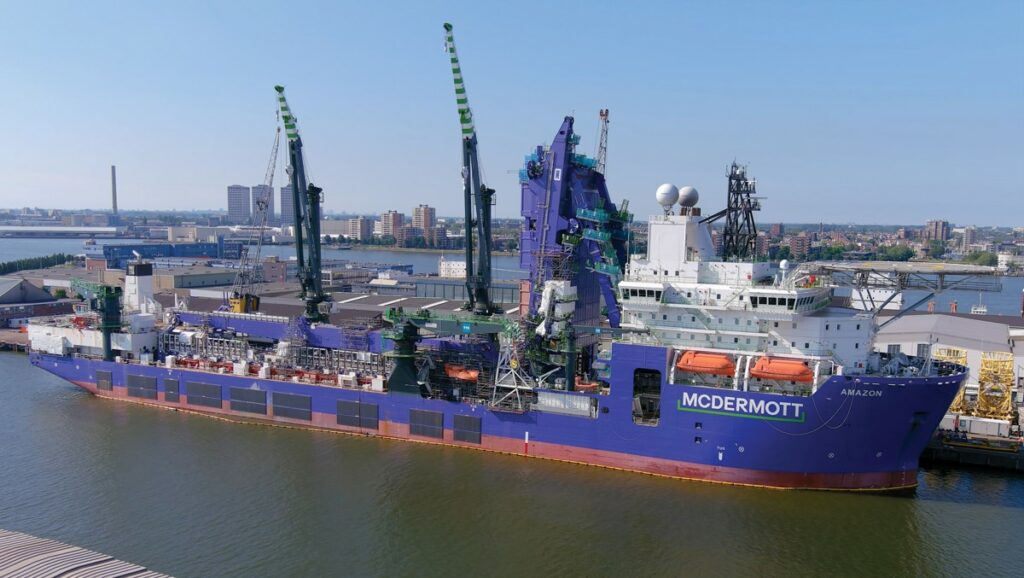