Atlantis’s tidal stream project in northern Scotland, MeyGen, was not awarded a contract for difference (CfD) from the Department for Business, Energy & Industrial Strategy (BEIS) in this allocation round in respect of Phase 1C of the project.

According to Atlantis, cost reduction for the Phase 1C achieved through improvements in the technology, larger turbines, higher volumes, economies of scale and reduced financing costs was not sufficient to allow the project to secure a contract for difference in this auction where it was competing with technologies such as offshore wind.

The first phase of the project, Phase 1A, is approaching 2GWh of generation, and was made possible by the outgoing Renewables Obligation scheme, which provides a means of revenue support in addition to wholesale power prices.

The large-scale deployment of more mature technologies has driven down the costs of generation so that they are now approaching levels which mean projects require minimal subsidy support to be viable. Like the path followed by solar and onshore wind, this cost trajectory supports the rationale for early stage subsidy support for marine technologies.

Given the significant subsidy reduction already forecast by MeyGen and the opportunity to preserve an important domestic and export tidal stream industry, Atlantis said it expects BEIS to recognise the benefits of either a bi-lateral CfD discussion or the reintroduction of a marine energy sub-category in the next allocation round. Phase 1C is designed to provide nearly 240GWh of electricity to the grid each year from 2023.

Phase 1B of the project (6MW) did not participate in the auction because it had been awarded funding support from European Commission mechanisms such as NER300 and Horizon 2020.

Since November 2016, when BEIS announced the removal of the previously pledged ring-fenced allocation, the company has focused on developing marine power projects in other jurisdictions. In the near term, Atlantis will focus on delivering projects in France, Canada and South East Asia where tidal stream is well supported, and the company has also a three-year programme for the delivery of a 160MW tidal range and flood protection project in the Wyre Estuary.

Atlantis is said to be in discussions with French authorities about establishing a multi-turbine array in French territorial waters which could start construction in 2018, it has a 50% stake in a 4.5MW berth in Canada at the FORCE facility in Nova Scotia and will soon be in a position to release updates to the markets on contracts and project development rights in Indonesia, China and South Korea.

Atlantis has been awarded preferred developer status by the Duchy of Lancaster for the 160MW Wyre estuary tidal range and flood protection project and the company said it expects to be providing some exciting updates to the market shortly on the status of this project.

Tim Cornelius, CEO of Atlantis, said: “We’ve made great strides in reducing our cost of generation so that we can slash our requirement for revenue support, and I am incredibly proud of the work the Atlantis team has done in this respect. However, I must acknowledge the difficulties of competing on a level playing field with established technologies like offshore wind, which has been operating at commercial scale in the UK for over a decade.

“It would be a travesty if the UK were to lose out on another emerging industry where it has established a first-mover advantage and where the cost of energy is on a steep downward trajectory. We expect our ensuing discussions with BEIS to focus on how the future jobs and growth benefits of the sector can be secured for the UK. Our UK portfolio contains some of the best tidal stream sites in the world, and we support the ambition to ensure that the development of these sites is achieved through a UK focused supply chain rather than relying on imported skills and goods. We hope that the UK can continue to play a leading role in an industry it helped create over the past decade.

“Elsewhere in Europe, we are being kept very busy pursuing opportunities in France and Canada, both of which have pledged capital and revenue support for tidal stream power. The market for tidal power in South East Asia is growing rapidly and we hope to be making some announcements shortly with respect to large scale projects in that region. We are also very focused on our tidal barrage and flood protection project in the Wyre estuary, which we believe also offers a route to low cost, predictable and sustainable domestic electricity supply. We expect to be able to provide a further update to the market on these projects in due course. Our diversification strategy has been well executed. The future of marine power is very bright and I am very excited about the outlook for Atlantis.” 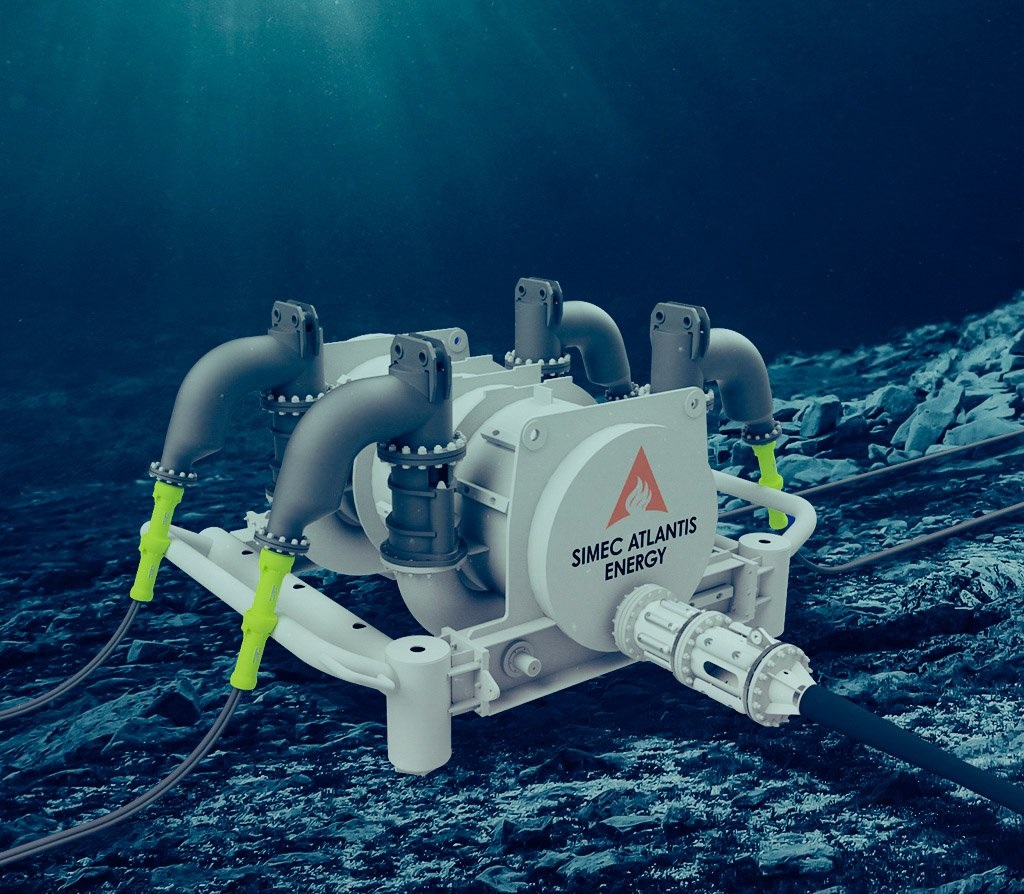