The new research is a part of the partners’ ongoing initiative to look into a variety of clean energy solutions to help Indonesia achieve decarbonisation.

Following demonstration testing with MHI’s H-25 gas turbine, the partners will work towards the commercial application of ammonia-fired power generation in Indonesia.

In 2020, MHI and ITB concluded a memorandum of understanding (MoU) for joint research on next-generation clean energy solutions and analysis of big data relating to power plants.

In February 2022, the two partners agreed to a five-year extension of the MoU, continuing the collaboration to develop technologies that will accelerate decarbonisation in Indonesia.

Now, under the same MoU, joint research on ammonia-fired power generation will be conducted using facilities at ITB, with three overarching aims:

“This research collaboration between ITB and MHI focuses on the use of ammonia in power generation, greater adoption of which will help reduce the use of coal. In the long term, production of ammonia will hopefully comprise more green ammonia that uses renewable energy. I hope this joint R&D will have a positive impact on efforts to make a sustainable energy transition.”

The newly concluded MoU comes at a time when Indonesia is ramping up efforts to decarbonise its energy sector, demonstrated by its officially announced commitments to achieve 23% renewable energy use by 2025 and reduce the nation’s greenhouse gas emissions by 29% by 2030. 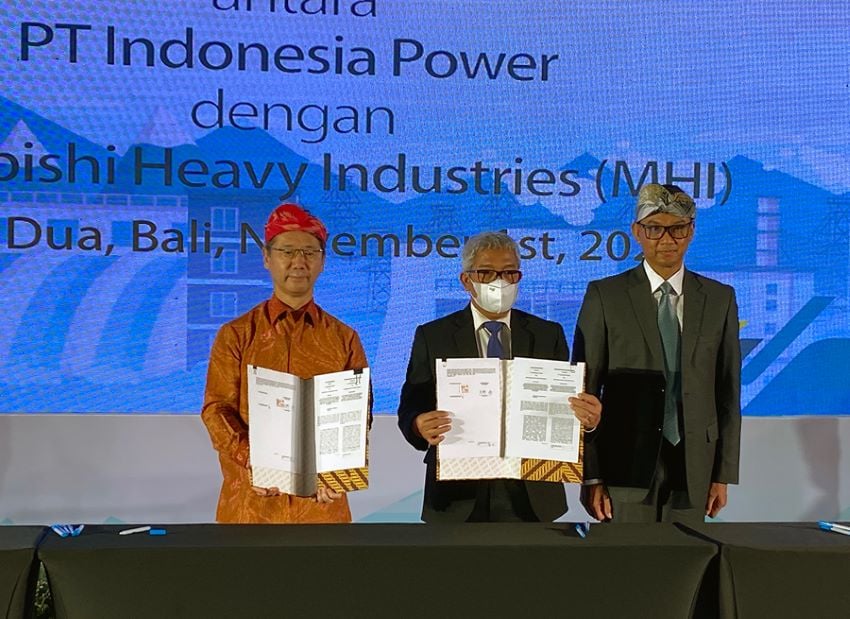