Minesto has outlined plans to offer a smaller Deep Green tidal energy device as it aims to open new markets and business opportunities.

The Swedish tidal energy developer intends to develop a smaller Deep Green DG100 unit, with a rated power of up to 100kW and a 4–5-meter wing span to expand the market opportunities mainly in Asia as well as in other regions.

Minesto said the move to enhance the company’s product range had arisen from the significant customer demand for smaller-scale autonomously operated Deep Green systems in so called Island Mode.

Island Mode installations can be used across a wide spectrum of applications from remote industries to entire communities that do not have access to centrally distributed electricity either today or in the future, Minesto noted.

Based on a new internal analysis of university and marine research studies, Minesto estimates that the identified exploitable potential of the company’s product exceeds 600GW installed capacity, which is three times higher than previous assessments.

Mitigating political uncertainties of tidal energy market in the UK

When it comes to the Minesto’s first commercial-scale 500kW Deep Green installation in Wales, the company said the preparations for offshore testing are now in its final phase.

The installation of the system in Holyhead Deep off Anglesey is planned for April 2018, while the electricity generation is expected to take place in the third quarter of 2018, according to Minesto.

“This is a key milestone in the overall development of the Deep Green technology and the results will enable customers, project financiers and funding partners to take the next steps in cooperation with Minesto,” the company said.

However, Minesto pointed out the political uncertainties surrounding the United Kingdom’s revenue support mechanism for new renewable energy technologies that have arisen in the autumn 2017.

Minesto said that an alternative revenue support mechanism for the UK marine renewable energy industry has been proposed, but is not yet in place, which complicates project investments in the UK.

Also, the Swedish tidal energy developer added the negotiations on the UK’s exit from the EU have not yet yielded any results related to the marine energy industry in Britain.

“Minesto’s current work in Wales is not affected by this, nor does it affect potential following financial support from the European Regional Development Funds in Wales. However, there are potential for delays to future deployment phases of Holyhead Deep given that the political uncertainties potentially will last for a long time,” said the company.

To mitigate this uncertainty, and to take advantage of identified business opportunities, Minesto said it intends to intensify and broaden its activities for market penetration to EU, and Taiwan in addition to that of UK.

As reported earlier, Minesto has in December 2017, proposed share rights issue targeting $12 million to support the installation, testing and demonstration of its tidal energy technology in Holyhead Deeep, enhance the product range, and expand market opportunities. 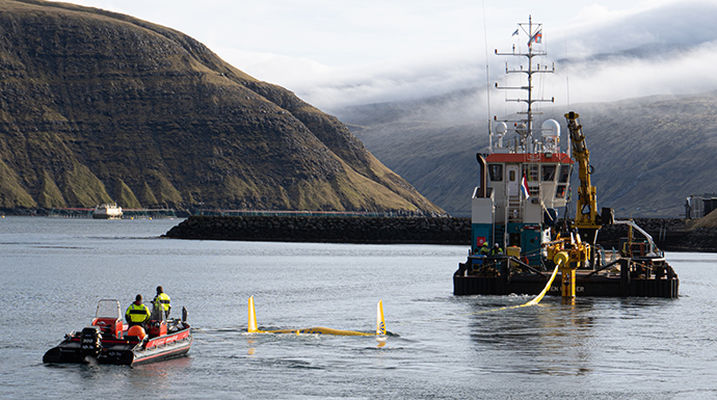