Barcud Gwyrdd was suggested for the Deep Green kite by siblings Iwan and Elsie from Anglesey, following Minesto’s year-and-a-half long search, during which the tidal technology developer had asked children at different events in and around Anglesey to come up with a name.

We have had a lot of great suggestions such as Sea Glider, Green Charger, Tidal 8, Poseidon and Electra. After a much-heated debate, we finally settled on the winning name “Barcud Gwyrdd” (Welsh for “Green Kite”). – Minesto

The winners of the “naming competition” were announced at Minesto’s unveiling ceremony held in Holyhead on August 30.

“We want to thank Iwan, Elsie and all the other children that have suggested such great names – there will be more Minesto kites to name in the future,” the company said.

Minesto has carried out initial commissioning sea trials of its Deep Green tidal device off the coast of Holyhead in North West Wales, and is now conducting further testing before the second commissioning phase to verify the power take-off system and electricity generation. 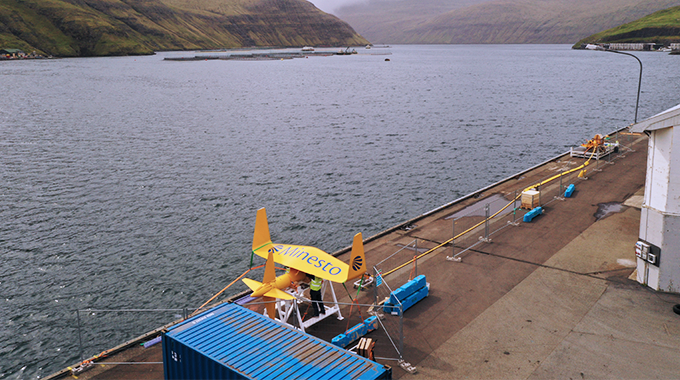