The structure was towed out to the Holyhead Deep site located some 6 km off Holy Island and lowered to the seabed by ballasting its cells with water, Minesto said.

David Collier, COO at Minesto, said: “We’re happy to be underway and to have the first piece of hardware installed at the site in Holyhead Deep. This is milestone in the DG500 project.”

The foundation, with the bottom joint system attached on top, is the component that via the tether moors the DG500 ‘kite’ to the seabed and lets it operate freely in its pre-determined figure-of-eight trajectory.

The phased installation for the commercial-scale 500kW Deep Green tidal power is expected to be completed over the course of the next two months, the company said earlier. 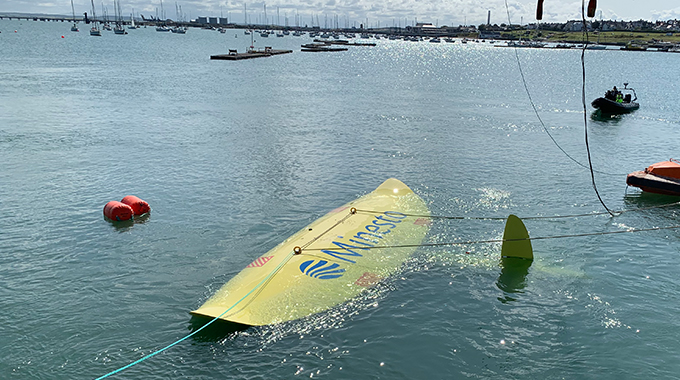 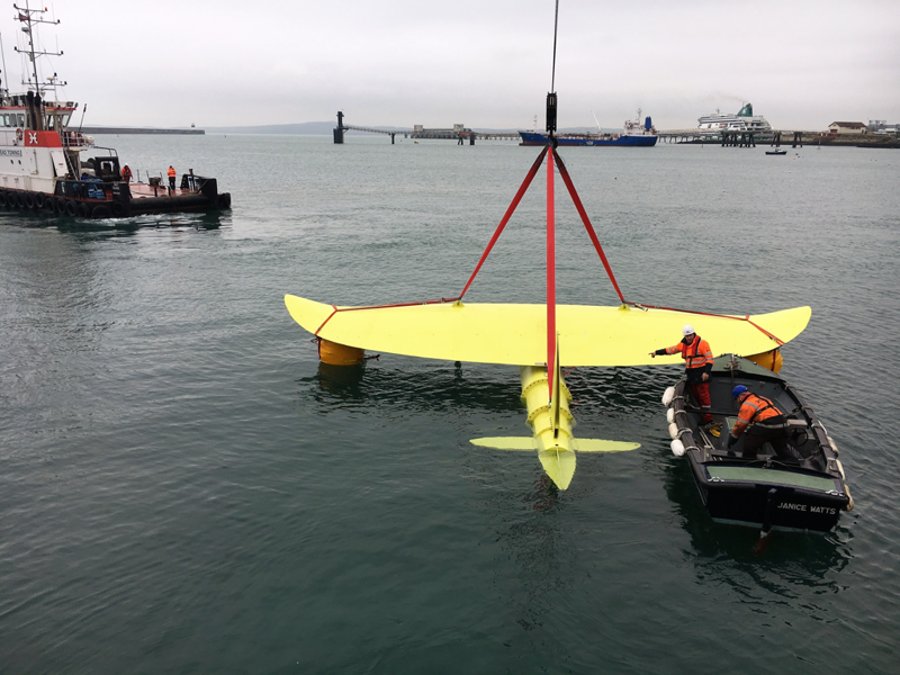