On Thursday evening, Åge Holmestad of Moelven Limtre AS and Svein Dag Henriksen of Hydra Tidal AS received the innovation award Schweighofer Prize 2011 for their work on laminated timber turbine blades for a floating power station project at Gimsøystraumen in Nordland based on ocean and tidal currents.

The purpose of the prestigious international Schweighofer Prize is to promote forward looking innovation that uses timber in new and sustainable ways.

The two prizewinners are proud to be honoured with such a major and internationally recognised award.

“We feel honoured. The Schweighofer Prize is considered internationally to be one of the most important awards for development and innovation in timber technology. This project shows that wood and biomass are not only suitable for bioenergy, but that technological solutions in which timber plays a major part also have potential for other types of renewable energy. We competed against many good, exciting projects and are very humbled to have won this award,” say the two happy prizewinners.

Åge Holmestad of Moelven Limtre AS describes the power project as innovative and exciting.

“This project is unique in a global context and consists of a floating offshore power station that runs on water currents. The power station, which was lowered into the sea in October 2010, consists of four turbines, each of two laminated timber blades. Each of the eight blades is two metres wide, three metres high and ten metres long. Each turbine has a diameter of about 23 metres,” says Holmestad.

Holmestad says that one of the advantages of using laminated timber underwater is that saturated wood sunk into water has the same weight as the water around it.

“Laminated timber is also an eco-friendly material and is flexible in terms of changes and relocation. There is no danger of rot or worm attack either, because the turbines are completely submerged without access to oxygen and are in constant motion,” says Holmestad.

Of course producing a laminated timber structure for a submerged offshore power station has certainly not been without its challenges.

“Some of the problems we have faced in this project have concerned the difficulties of achieving a controlled climate during manufacture of the turbine blades, which is a real challenge when working in these dimensions. Shape and precision when working on a job of this physical size are also complicated, and attaching the laminated timber blades brings special demands because of the extreme loads they will face during operation,” says Holmestad.

The power station has been developed by Svein Henriksen, founder and R&D director of Hydra Tidal AS. He believes this project can lead to great things in the longer term.

“For the time being this is a trial. The power station has an output of about 1.5 MW. With its designed operating period of 4,200 hours per year that equates to an annual power production of 5 GWh. That corresponds to the annual consumption of about 250 houses,” says Henriksen.

Henriksen believes that, in Norway alone, there is potential to produce around 30 TWh from ocean and tidal currents.

“That corresponds to 6,000 power stations based on ocean and tidal currents along the whole Norwegian coast from Skagerrak to Finnmark. The output potential for a development like this would provide enough power for three cities the size of Oslo (based on present consumption). Another way of looking at it is that this represents about a quarter of Norway’s annual electricity consumption,” says Henriksen.

A development a third of this size would give a laminated timber consumption of about 240,000 m3. This represents 1% of a potential international market up to 2040. The successful continuation and implementation of Hydra Tydal’s plans would therefore have enormous commercial potential for laminated timber.

Hydra Tydal is now working on establishing a test park during the course of 2012. If this is successful, production will increase and could reach up to 200 power stations a year. 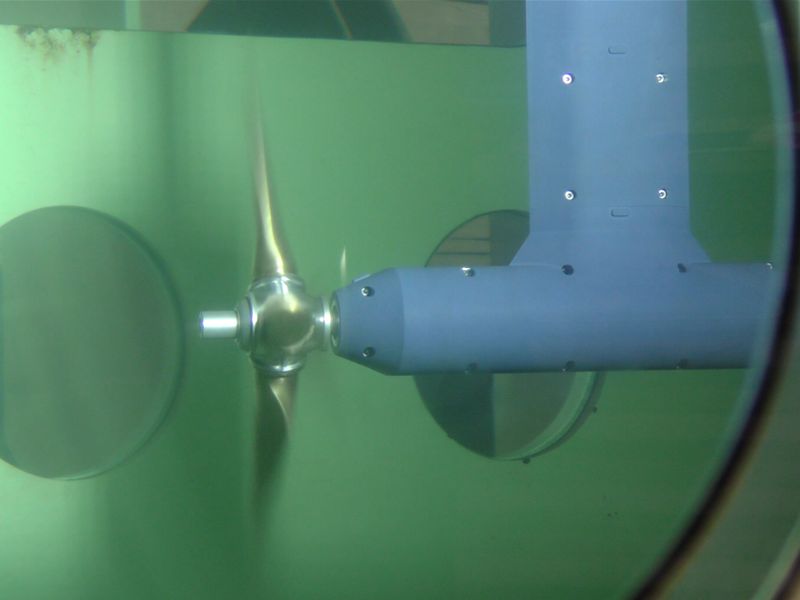