InterMoor successfully replaced (8) spiral-strand platform wires on a permanent production facility in May 2011 without requiring a platform shutdown or loss of production. The operation was completed using a single Construction Anchor-Handling Vessel (CAHV) at a significant cost savings from the traditional method involving a derrick barge.

Only the platform wires were to be replaced, and the remaining mooring components including the buoys were to be reused. Protecting the existing components from damage during recovery and reinstallation posed several unique challenges. One of the main operational challenges was to design a way to bring the upper buoy and platform wire out of the water and secure them on deck so that the old platform wire could be disconnected. To accomplish this, InterMoor designed and installed a custom hang-off porch at the CAHV’s stern. The porch used a combination of pneumatic and hydraulic cylinders to manipulate and align the entire porch as each buoy connection was recovered and deployed. The porch also had separate stoppers for the socket connections and a removable cradle for the buoy. Another operational challenge was the unknown condition of the buoys themselves, particularly since they were to be reused on the replacement wires. There was no industry experience at the time in retrieving foam buoys that had remained submerged at depth for over a decade. This paper will explore these challenges and others in more detail as well as the steps that were taken to successfully overcome them. 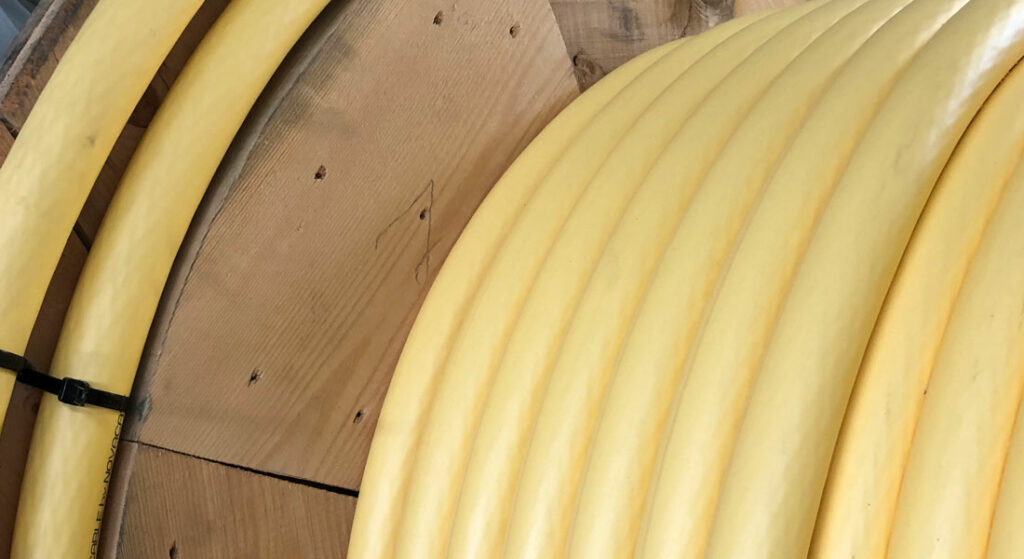