The three 18m-long tug boats are the first of a 19-vessel order that NDSQ is currently working on for Milaha and QP . The boats are the first commercial vessels to be built at Erhama Bin Jaber Al Jalahma Shipyard in Ras Laffan, which is managed and operated by Nakilat and its partners. The inauguration of the tugs marks a historic milestone for Qatar and its maritime industry.

At a ceremony held at the shipyard on Ras Laffan’s Southern Breakwater where the tugs were built, the boats’ names – Alafja, Almelaihat and Umm Hawat – were unveiled before top management from QP , Milaha, the Port of Mesaieed, NDSQ, Nakilat, Ras Laffan Industrial City and several other companies from Qatar’s maritime sector.

Constructed entirely in Qatar, the three tugs are built in steel and took 12 months to complete. Equipped with Volvo D12 engines, the tugs have an approximate speed of 10 knots and a bollard pull of 10 tonnes. Before final handover to Milaha, the tugs will undergo a period of commissioning.

A further 16 vessels, including pilot boats, tenders and more tugs, are to be built in Qatar by NDSQ and delivered to Milaha and QP between now and Q3 2014. The order represents a significant expansion of Qatar’s coastal logistics and an impressive development for the country’s maritime industry as well as its manufacturing capacity, aiding advancement towards diversification of Qatar’s economy as outlined in the Qatar National Vision 2030.

Chairman of NDSQ and Managing Director of Nakilat Muhammad Ghannam said: “Upon reaching this significant milestone in the development of Qatar’s marine industry, I would like to express our sincerest gratitude to HH the Emir Sheikh Hamad bin Khalifa Al Thani and his Heir Apparent Sheikh Tamim bin Hamad Al Thani. HH the Emir’s vision has been at the heart of the development of Qatar’s world-class shipyard. Our appreciation and thanks also extends to HE Abdullah bin Hamad Al Attiyah, Chairman of the Administrative Control and Transparency Authority, for his initial support of the shipyard, and to HE the Minister for Energy and Industry, Dr Mohammed bin Saleh Al Sada for the invaluable ongoing support he provides us. I also take this opportunity to thank QP ‘s Technical Group and Ras Laffan Industrial City for their assistance. The naming of these first tugs marks an incredible achievement and a moment of pride for the State of Qatar. NDSQ is honored to be able to make its contribution towards the comprehensive development of Qatar and the realization of HH the Emir’s National Vision 2030.”

DSQ is a joint venture between Qatari shipping company Nakilat and Dutch shipbuilding group Damen Shipyards. Launched in 2010, NDSQ builds ships in steel, aluminum and GRP, up to 170m in length. NDSQ is based at Erhama Bin Jaber Al Jalahma Shipyard on Qatar’s northeast coast along with fellow Nakilat joint venture Nakilat-Keppel Offshore & Marine (N-KOM), which carries out repair and fabrication for ships and off- and onshore structures. 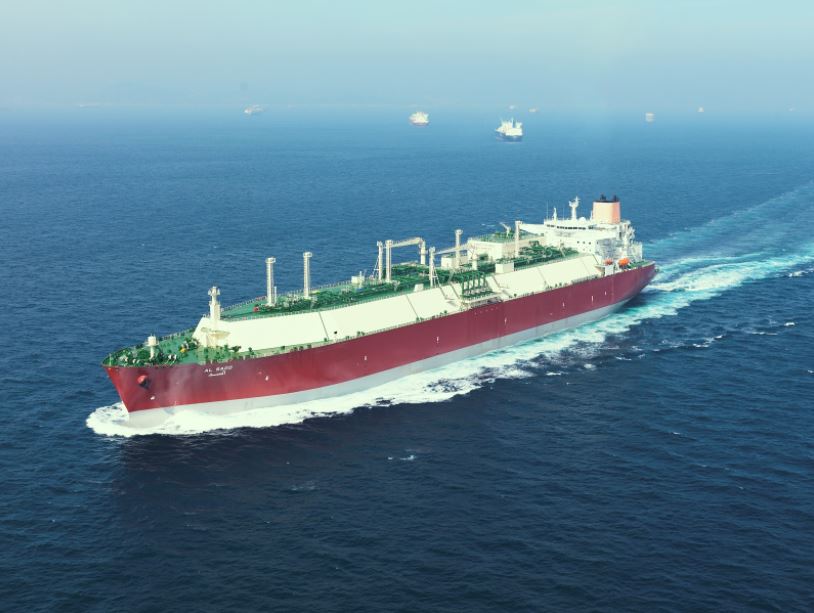