New LNG-powered dredger to operate in Port of Rotterdam

A new dredging vessel powered by liquefied natural gas (LNG) has just been revealed by the Port of Rotterdam.

The LNG-powered dredger, named Ecodelta, is currently being built at the Dutch yard Barkmeijer.

It is expected to be delivered to its owner – shipping company Van der Kamp – in 2018, Port of Rotterdam said in a statement on Friday.

According to the Port of Rotterdam, the LNG-powered vessel will replace an old dredger as a part of a new maintenance contract signed between the port and Van der Kamp for keeping the harbors in Rotterdam in right depth until 2023.

There are currently no LNG-powered dredgers in operation around the globe. Belgian company DEME has three of these vessels on order with Dutch shipyard Royal IHC.

The Port of Rotterdam says vessels running on LNG produce about 20 percent less carbon dioxide emissions than those running on diesel, with practically no sulphur and particle emissions.

It strives to turn the port into a major European LNG hub and promotes the transition from fuel oil to the “much cleaner” LNG as fuel for shipping. 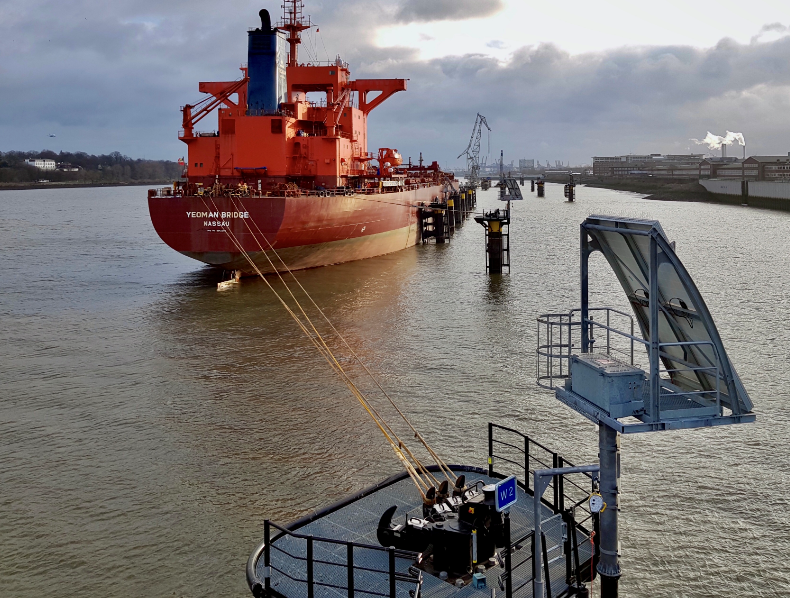