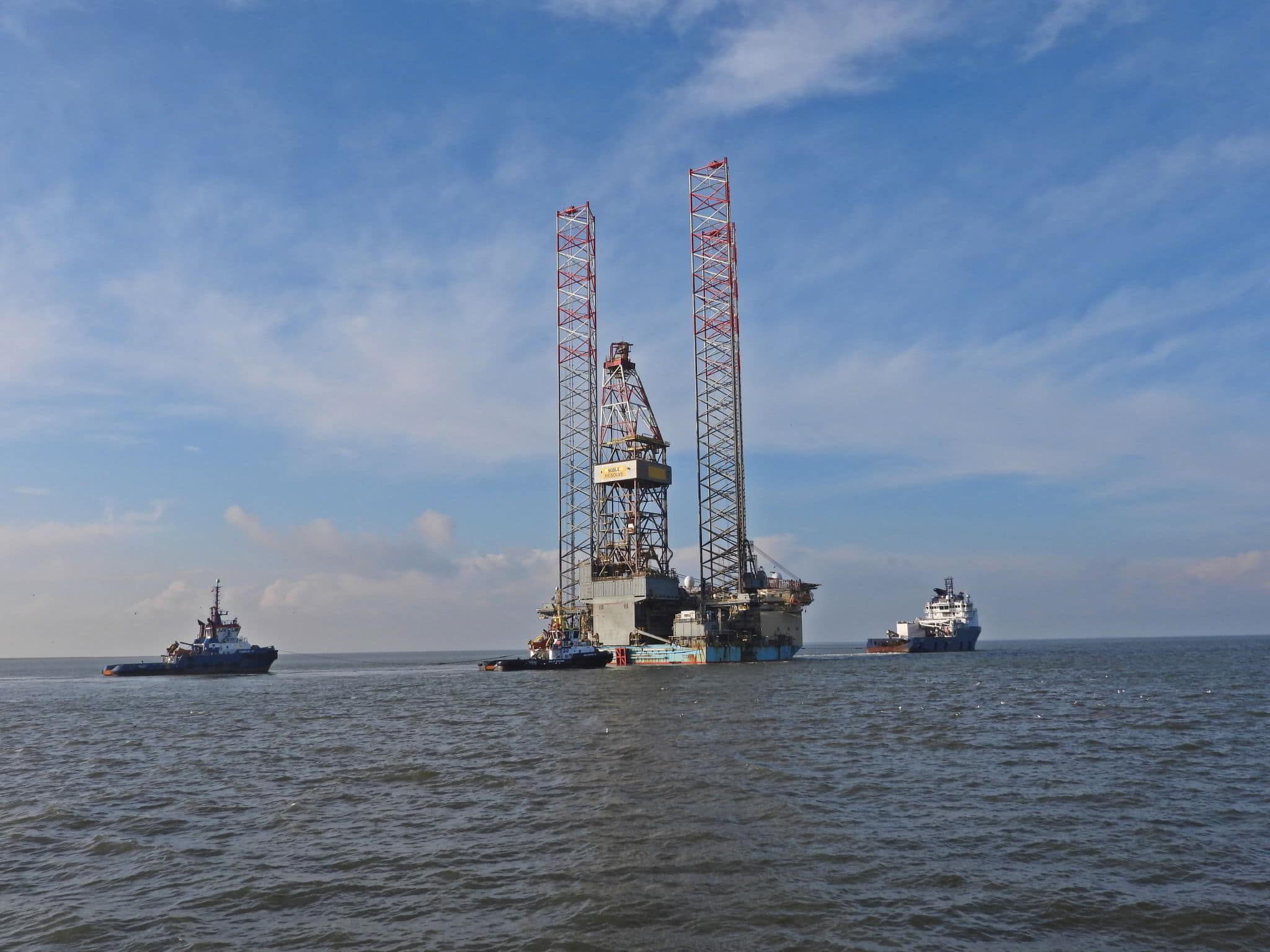 Following modifications and mobilisation, a jack-up rig owned by Noble Corporation has left Port Esbjerg and is now prepared to start working on a CO2 storage project in the Danish sector of the North Sea.

At the end of November 2022, Noble Corporation reported that the Noble Resolve rig arrived in Port Esbjerg to get ready to perform “the first-ever CO2 storage below the Danish North Sea for Project Greensand.”

During the rig’s stay at Port Esbjerg, the equipment needed for CO2 storage was expected to be installed onboard, after which the rig was going to move to the Nini West field to kick off the Greensand pilot test. In addition, the energy efficiency insight system was planned to be installed on the Noble Resolve rig to help the crew maximise energy and emissions efficiency during the pilot test.

Rune Loftager, Head of Technology and Decarbonisation at Noble, remarked: “We are proud to be able to contribute to this important project by leveraging our assets and competencies. During the pilot, the Noble Resolve will receive CO2 supplied from shore by a tanker, and the CO2 is then injected subsea from the rig.”

As highlighted by Noble, the Noble Resolve rig is performing the Greensand pilot test on a rig contract entered with Ineos which started upon arrival in Esbjerg and has an estimated duration of up to 135 days. The actual CO2 injection test was expected to begin around New Year’s Eve and last approximately three months.

A month ago, Semco Maritime highlighted that the recent arrival of the Noble Resolve rig and the platform supply vessel, Aurora Storm, marked the beginning of “an exciting chapter” of Project Greensand, as teams were expected to install the full pumping system and equipment on both Aurora Storm and Noble Resolve. This will enable Project Greensand to transport liquid CO2 from containers via the Nini West platform and 1,800 metres below the sea, where the CO2 will be permanently stored in a sandstone reservoir.

Anders Benfeldt, Semco Maritime’s Senior Vice President of Oil & Gas, commented: “In order to be able to reach the climate goals, we believe that capturing and storing CO2 in the subsoil of the North Sea needs to be part of the solution. By removing CO2 from the known emission sources and storing it in the subsoil, the amount of CO2 emitted into the atmosphere is reduced efficiently and quickly.”

In an update on Thursday, Port Esbjerg revealed that the Noble Resolve rig departed from the port after modifications and mobilisation to assist in the CO2 storage Project Greensand in the North Sea, where 10,000 tonnes of CO2 will be stored in the seabed. The CO2 itself will be transported by the vessel Aurora Storm, which will leave the port this afternoon, underlined Port Esbjerg.

After Ineos E&P and Wintershall Dea applied for a permit on 30 August 2022 in order to test, develop and demonstrate that CO2 can be stored in the former Nini West oil field in the North Sea, the Danish Energy Agency awarded Project Greensand the country’s first-ever permit for CO2 storage last month. Project Greensand also received safety certification from DNV for its pilot phase.

Project Greensand is a consortium of multiple Danish and international partners working to deliver a significant contribution to Denmark’s CO2 reduction targets by developing the capacity to store CO2 at scale in depleted oil and gas fields beneath the Danish North Sea. A new monitoring technology said to ensure more frequent checks of the future CO2 storage, resulting in less impact on the environment, is currently being tested for this project.

The rig work involved in the pilot test is part of Noble’s commitment to the consortium. Following a successful pilot phase, Noble will hold a right to all drilling work involved in Project Greensand on market-rate terms until the end of 2027.

Premium
How Noble rigs fare and what are they up to?
Posted: 15 days ago
DNV certifies first Danish CO2 storage project
Posted: 20 days ago
Denmark grants its first permits for full-scale CO2 storage
Posted: 2 days ago