The vessel, featuring a length of 200 metres and a width of 35.8 metres, was built at the Shin Kurushima Dockyard of Shin Kurushima Toyohashi Shipbuilding Co. Ltd. It will be carrying vehicles produced by the Toyota Motor Corporation and other car manufacturers.

In September, NYK unveiled the name of the 7,000 CEU newbuilding.

As explained, vessel modification and the switch to LNG will make the ship up to approximately 40% more energy efficient compared to ships using conventional heavy oil fired engines.

Sakura Leader was selected as a model project by Japan’s Ministry of Environment and Ministry of Land, Infrastructure, Transport and Tourism, and will receive support from the ministries for technical verification of CO2 emission reductions during actual voyages.

“This delivery marks a remarkable step toward achieving NYK’s environment management target, which is to reduce CO2 emissions per ton-kilometer of transport by 50% by 2050,” NYK said.

The shipping company is positioning LNG fuel as one of the bridge-solutions until future zero-emission ships are realized. NYK plans to switch all its newly built PCTCs to LNG-fueled vessels about a decade in the future, and is aiming to further advance to zero-emission vessels utilizing low-emission marine fuels such as hydrogen and ammonia from around the mid-2030s.

NYK’s medium-term management plan “Staying Ahead 2022 with Digitalization and Green,” encourages the development of ship operation data-related systems such as Ship Management Information Sysem (SIMS) and LiVE for Shipmanager application. What is more, NYK participates in Japan’s i-Shipping project and is committed to optimal safe, economical operations. This DSS acquisition applies to the latter.

The DSS notation was developed with the aim of supporting environmental conservation, safety improvement, and sustainable development at sea by promoting the expansion and development of new technologies. This particular accreditation was for DSS (Energy Efficiency), which applies to the analysis of energy consumption efficiency; DSS (Machinery Monitoring), which applies to engine monitoring, data processing on board, and data transmission to land; and DSS (Connected Ship).

Specifically, the accreditation confirms that the vessel is making advanced efforts through the use of innovative technology. The acquisition of these three notations is more than just a concept-design recognition — in fact, Sakura Leader is the world’s first accredited ship to engage in actual operations.

The ship will make maximum use of LNG fuel and demonstrate carbon dioxide (CO2) emission reduction in actual operations. Functions related to this DSS notation will also be utilized in the measurement of emission reduction. 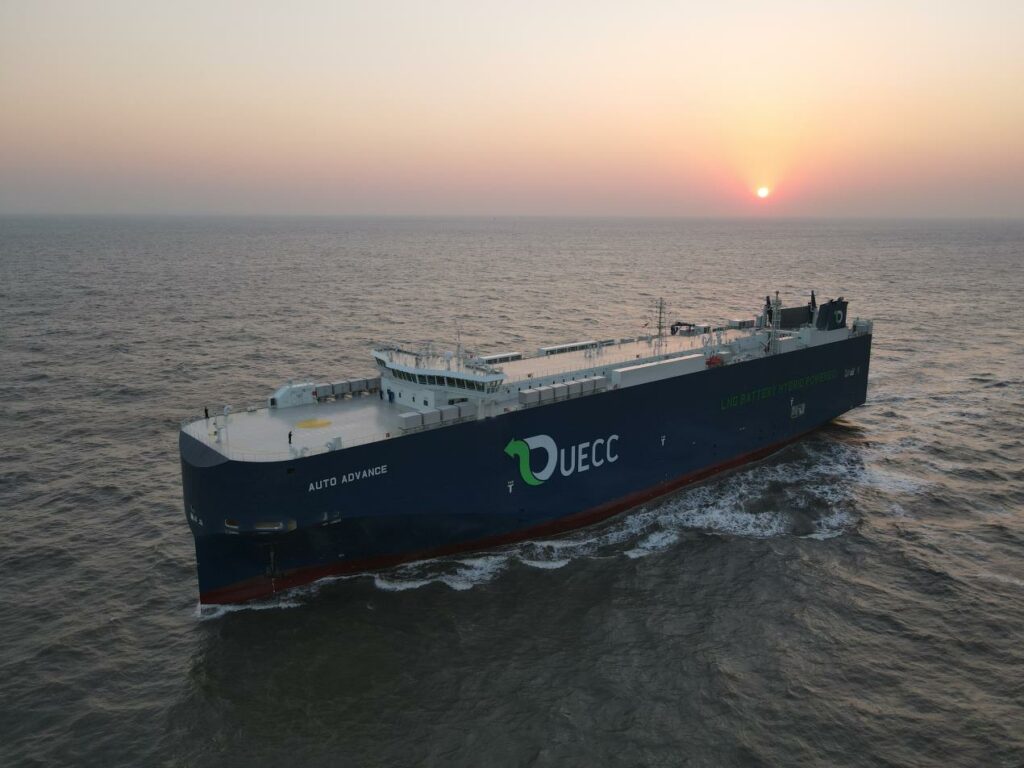