Ocean Energy Europe’s Board of Directors has elected Rob Stevenson as its new President.

“Ocean energy technologies have an important contribution to make to a sensible generation mix that provides low carbon electricity and enhances security of supply. But challenges must be made more visible, and a plan must be put in place to mitigate them. Ocean Energy Europe provides an excellent platform to move the debate on ocean energy into a more productive, collaborative phase and I am very happy to contribute to this,” said Stevenson upon his appointment.

Stevenson has over 35 years’ international management experience of the power generation sector across a wide variety of fuel mixes and has held senior management positions in both power utilities and large industrial manufacturers including managing start-up businesses, project development and technology development. Stevenson has detailed electricity market knowledge and is a passionate supporter of the renewable industry and specifically the ocean energy industry, Ocean Energy Europe wrote.

Rémi Gruet, CEO of Ocean Energy Europe, welcomed the appointment, “We are very pleased that Rob Stevenson will be the next President of Ocean Energy Europe. His considerable experience and expertise will be of great value to the sector as it moves from demonstration to commercial reality over the coming decade”.

On 9 December 2014, Ocean Energy Europe members elected six new directors to its 18-person Board at its General Assembly: 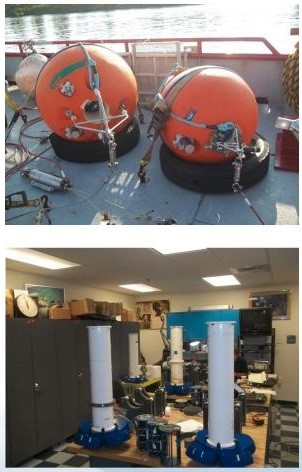