Oceaneering International, Inc. has exercised both one year options on the CSV Bourbon Oceanteam 101 up to February 2017. The vessel will continue its field support services for work offshore Angola on blocks 18 and 31.

Upon delivery in December 2007, this DP2 Construction Support Vessel has been operating as a field support vessel with BP Angola for the company’s Greater Plutonium Field development (in Block 18).

The first of the standard design North Ocean 100 series is jointly owned by Oceanteam Shipping and Bourbon Offshore Norway. The ship is 125 meters at length with a 27 meter beam. Its excellent seafaring capabilities, one 150 tonnes and one 100 tonnes fully heave compensated cranes, moon pool, 2000m2 free deck space and 120 accommodation enables CSV Bourbon Oceanteam 101 to be utilised for field support, construction, installation and IRM support. 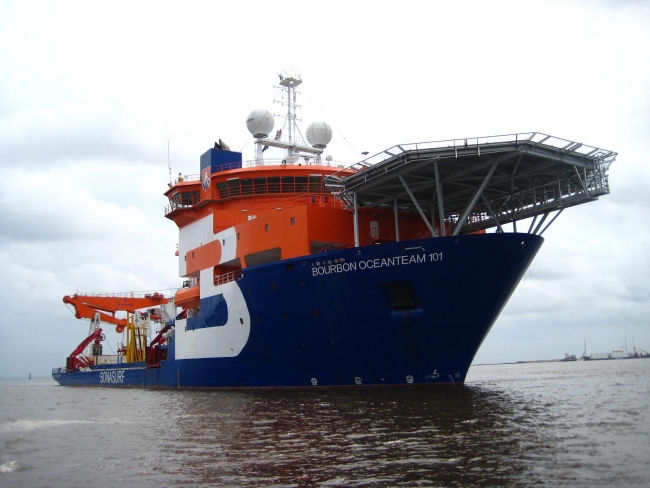