The two first electric Voith Schneider Propellers (eVSP) ever manufactured will be soon installed in a new commissioning service operation vessel (CSOV) being built by Gondan Shipbuilders for Østensjø Rederi.

According to the shipyard, the eVSPs arrived last week at its main facilities in Castropol, Asturias, in Spain, and are ready to be installed prior to the vessel’s launch.

Gondan Shipbuilders and the new CSOV will be the first shipyard and the first vessel in the world to use electric VSPs after the technology passed the factory acceptance test (FAT) a couple of weeks ago at Voith facilities in Germany.

Each eVSP is fitted with five 2.3m length blades driven by an integrated electric permanent magnet motor with an input power of 1850 kW, delivering a fast and smooth response while keeping noise-emissions to minimum levels.

“These custom built eVPS units won’t be the only special feature on this innovative vessel, which has been designed to become the world’s most environmentally friendly vessels of its kind: The new CSOV’s propulsion system will be backed by two independent battery banks and has been conceived with the ambitious target to operate with zero carbon emissions in the future”, Gondan Shipbuilders said.

According to Østensjø Rederi, the CSOVs are the first to incorporate technology that will allow zero-emission operation in the future due to the use of hydrogen, as well as the first with Blue Drive + C Star diesel-electric propulsion which reduces fuel consumption.

The vessels are set to be delivered as of 2022 and will serve as mother ships for turbine technicians while performing commissioning and maintenance work. They will be operated by Edda Wind, Østensjø Group’s offshore wind business unit.

The first delivered CSOV will service the BARD 1 offshore wind farm in Germany and one of the SOVs will be deployed under a long-term charter agreement Edda Wind has signed with Vestas (MHI Vestas). 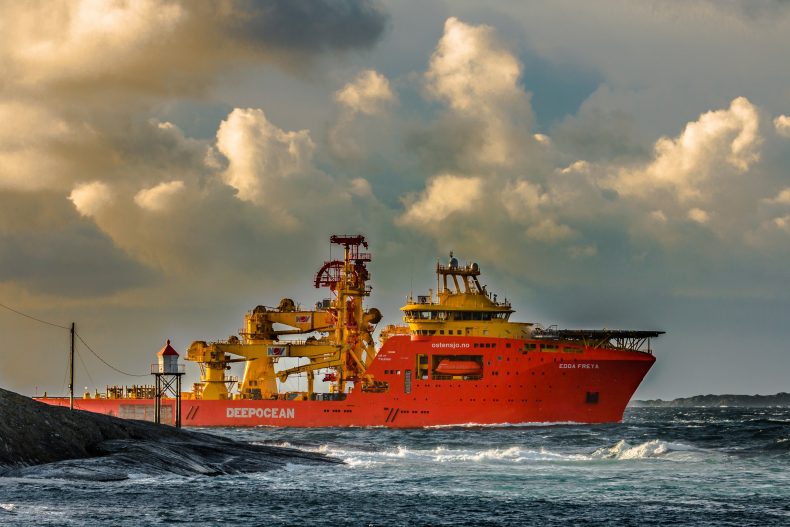