The above works will begin in early May and is scheduled for completion by the end of June 2010.

Both locations offer OMM a challenging environment with strong tides and currents as well as often difficult and variable local weather systems. Barrow has encountered water depths of drying heights through to 30m and Burbo Bank of drying heights to 5m. OMM will provide both BOWind and DONG Energy with sophisticated and proven shallow water solutions.

The subsea survey and inspection operations will be performed from the “MCS Ailsa” jumbo multicat using a seabed crawler system fitted with a suite of subsea equipment and sensors. The “Vos Satisfaction” (DP1 and four point mooring) will be utilised for the Barrow remedial works with the “Willendeavour” multicat as an anchor handling vessel. The flexibility of multicats is particularly important to this project due to the shallow water location, away from the channel and Lune Deep, at Heysham and Morecambe Flats, and also across the location at Burbo Bank and Wallasey landing approaches.

OMM will provide its own survey and cable teams, equipment and software throughout and will subcontract Seatrench AS for the jetting operations and Osiris Marine Services for the diving aspects of the remedial works.

“It provides us with a further platform to progress our hi-tech and quality services to an expanding client base and we look forward to working with BOWind and DONG Energy on this demanding project.” 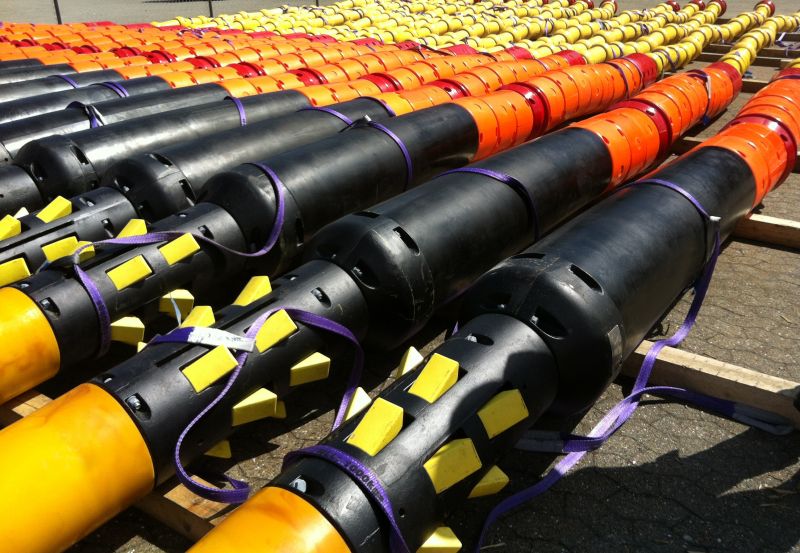