Just six months on from hosting international COP26 negotiations, Glasgow was centre-stage again in May for the All Energy Conference. The event provided an opportunity to see where marine energy sits within the wider context of the energy sector as a whole, and there was plenty of food for thought in terms of what is needed to help the likes of wave and tidal go mainstream.

I was one of five hundred speakers converging on the vast Scottish Exhibition Campus, attracted by what has become the highlight of the UK energy sector’s annual calendar.

At the forefront of discussions was the ‘Energy Trilemma’ – referring to the three essential dimensions of: energy affordability, achieving net zero and energy security. A careful balancing act is required to transition away from foreign imports of fossil fuels and roll-out construction of renewable energy projects at an unprecedented speed, without causing further price hikes to consumers.

The challenge of achieving this feat is huge, and not without major obstacles, whether that be getting the right policy in place or ramping up supply chain capability.

It was clear that there was no shortage of ambition that the applied hard work and dedication of the thousands of people across the industry can overcome these challenges. A collective spirit of a ‘yes we can’ attitude was felt all throughout the event.

There was certainly a buzz around the latest announcements from Scot Wind of the leasing of 25GW worth of sites for floating offshore wind (FLOW) in Scottish waters. The UK, in particular Scotland, is poised to lead the way in the floating wind revolution and capitalise from a truly global pipeline of opportunity.

That has led to an unequivocal investment appetite for FLOW, drawing in many major players who missed out on the initial North Sea fixed bottom offshore wind boom. Many believe the investment community have been quite apathetic to offshore renewables in recent years, but FLOW has reignited their interest. So amidst all this excitement and newfound appetite, where then do other forms of marine renewables sit? The question now is can wave and tidal tap into this flow of capital?

As a next step we need national deployment targets for wave and tidal. This in turn will attract larger energy companies to the sector, unlocking a pathway to private investment. Wave would greatly benefit from a Contracts for Difference ringfence much like tidal, but with many wave developers attempting to tap into the growing FLOW market through co-location, policy needs to be changed to enable this. At the moment, the Contracts for Difference process does not favour any form of combined power generation.

Cost-reduction has long been seen as a central tenet of wave and tidal to attract broader investment and is a key part of the already mentioned Energy Trilemma. It was encouraging to see the results of the latest technoeconomic studies, highlighting that a majority of cost reductions for the tidal sector could come from a few key areas: increasing the rated power and rotor diameter of turbines, and achieving larger economies of scale in manufacture. However, it was also interesting to hear some contestation to the common cost-reduction narrative.

Many of the UK’s leading wave and tidal developers have built their technology with an impressive record for UK supply chain content, which goes above and beyond what has been seen in the offshore wind industry. In previous decades the pursuit of ‘lowest cost at all cost’ drove much of the offshore wind supply chain offshore to places like Denmark and Germany, with companies there benefitting greatly from the rapid expansion of offshore wind in the UK.

UK supply chain content needs to be acknowledged as the fiscal multiplier that it is, creating high value jobs that employ people in the UK who then go on to spend further money in the UK economy.

The focus on the Energy Trilemma pays little heed to the economic benefits of UK content. This has to be something we are willing to pay more money for, otherwise we are destined to see wave and tidal follow the same path as offshore wind, becoming another missed economic opportunity.

It is clear that much still needs to be done to help make wave and tidal mainstream but there are many passionate individuals dedicated to moving this industry forward.

We at Marine Energy Wales look forward to continuing our work with our members to build political support for our industry in a way that can deliver jobs and economic opportunity for Wales and the wider UK.

The views and opinions expressed in this article are those of the author and do not necessarily reflect the official policy or position of Offshore Energy. 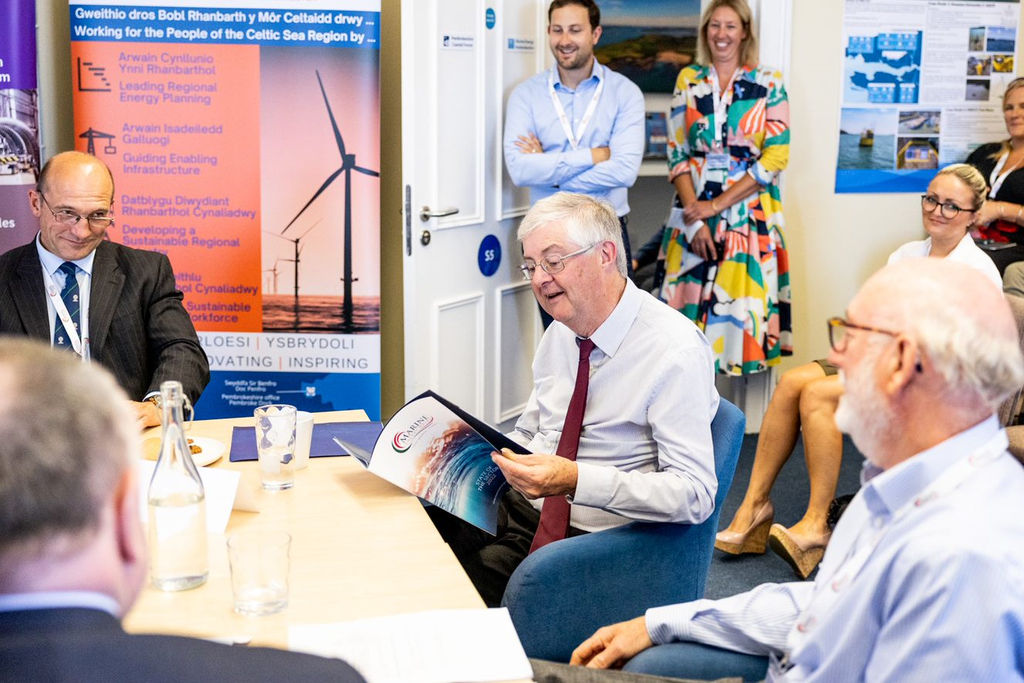