OpenHydro another casualty of innovation ‘valley of death’, EMEC says

Reacting to the liquidation of its first ever tidal energy client, the European Marine Energy Centre (EMEC) said OpenHydro failed to cross the so-called ‘valley of death’ where innovation falls victim to costs of commercialization – highlighting, however, that tidal energy’s day is yet to come.

Having been operating at EMEC’s Fall of Warness test site in Scotland since 2007 as the first company ever in the UK to feed tidal power into the national grid a year later, OpenHydro made an important impact in the early days of new carbon-free energy source development, leaving a lasting legacy which will not be forgotten – said Neil Kermode, Managing Director of the Orkney-based center.

“EMEC is gutted to hear that Naval Energies have made the difficult decision to liquidate OpenHydro.

“Having been a loyal customer for over a decade we know many of the staff personally, having seen the company grow from a handful to over 100 people. The OpenHydro team have worked tirelessly to promote the benefits and opportunities that the tidal energy industry offers. “Their innovative open-centered turbine has been one of the most recognisable images of tidal energy.

“But working at the vanguard of technology development has its risks. At EMEC we’re all too aware that some of the pioneering technologies testing at our sites will fail to manage the difficult transition from research to commercial success.

“This point in development is known in innovation circles as ‘the valley of death’ as costs increase the closer they get to commercialisation. It looks as though OpenHydro are another casualty of that valley.

“However, human ingenuity will prevail: tidal energy is on the cusp of becoming a viable industry with multiple GWhs being generated off the north of Scotland as we speak. We are confident that it has an important part to play in our future energy systems.

“We know we just need to keep at it, keep getting metal wet, keep learning lessons from each other and those that have come before, and bring down the costs.

“This is the hard journey that all technologies have to travel. It is such a shame that OpenHydro are not going to make it.

“But tidal energy’s day is yet to come.”

Since the installation of the seventh iteration of their open-center turbine in 2014 – OpenHydro has racked up an impressive 10,000 hours of run time, both EMEC and the Irish-based company have confirmed earlier. 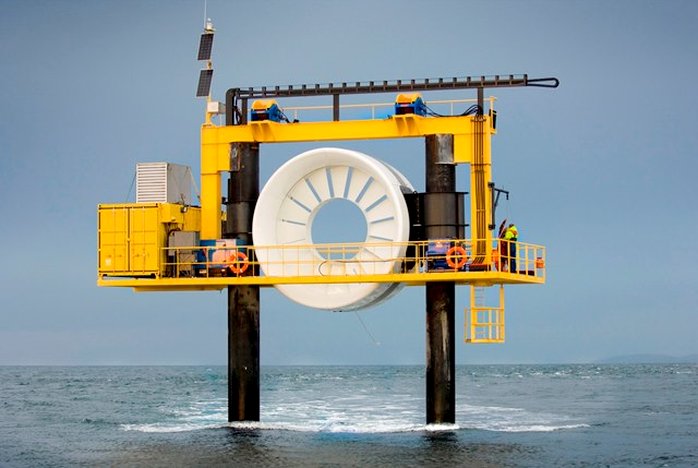