Starting with large utility turbines, the two teams looked at how advancements in hydrodynamic performances, cost engineering and advanced production methods will influence the design of tidal turbines in the future.

Streamlined systems in connected grid arrays are forecast to yield greater efficiencies in cost with increasing operational autonomy, according to Orbital. The vision for the OA model sees turbines becoming less like traditional vessels, and more akin to autonomous power generation fleets in the future.

The vision work also developed a smaller Riverkinetic turbine tailored to communities with a need for greater energy independence.

Lighter in weight and readily transportable the design and engineering team envisioned a quiet and clean design, in contrast reference to the diesel generators relied on by so many people in remote locations today.

Andrew Scott, CEO of Orbital, said: “Our goal is to see our technology deployed across the world to help deliver a cleaner, more sustainable planet. The collaborative work between Orbital and BMW Group Designworks has been an inspirational exercise, an exciting combination of collective experience and talent across the teams”.

Holger Hampf, President of Designworks, added: “Orbital’s embrace of strategic design exemplifies the benefit of including design early in the development process. It is rewarding to see such significant advances in clean energy, and I hope the resulting design inspires more companies particularly when pursuing benefits to our planet”.

As one of the recognised technology leaders in its sector, Orbital recently completed a delivery of over 3.2GWh of tidal steam power to the UK grid.

Its current production turbine, the Orbital O2, is set to increase this low carbon power generation capacity further when it launches in 2021. 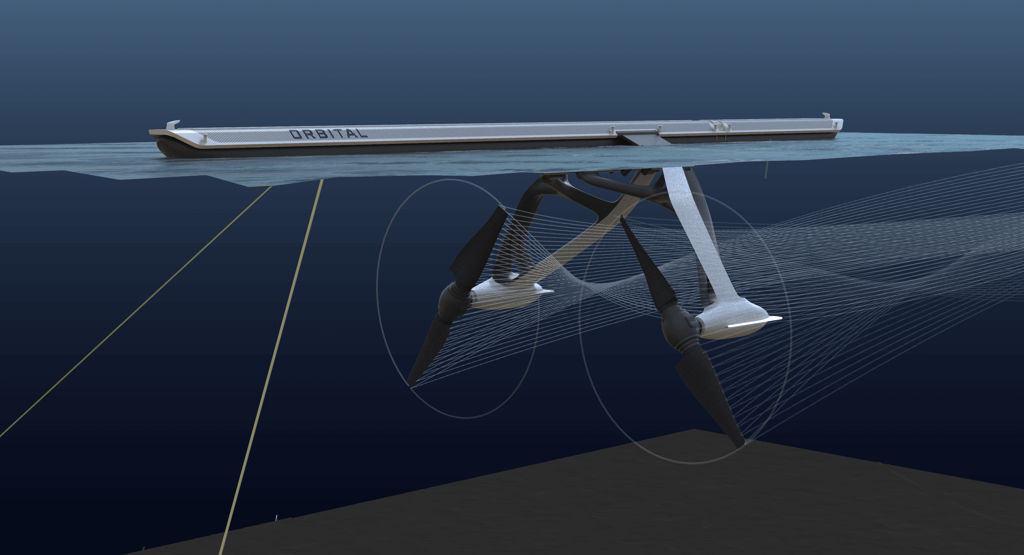