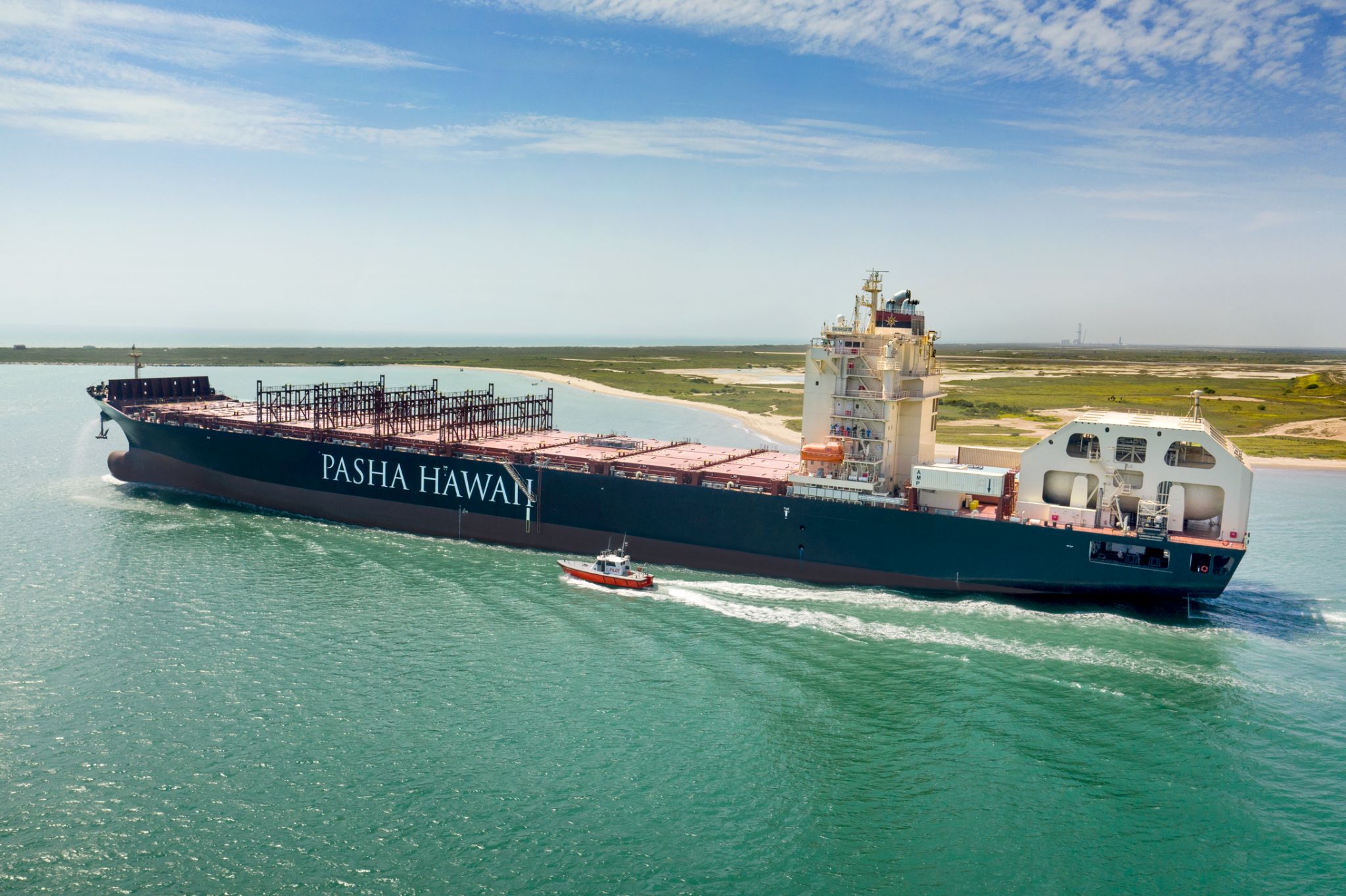 Honolulu-based transporter Pasha Hawaii and Texas-based shipyard Keppel AmFELS announced the delivery of the MV George III, the first LNG-fuelled vessel to fuel on the West Coast and the first to serve Hawaii.

The 235-metres long LNG-fuelled containership is the first of two new ‘Ohana Class containerships to join Pasha Hawaii’s fleet. It will be serving the Hawaii/Mainland trade lane.

Operating fully on LNG from day one, the new Jones Act vessel surpasses the International Maritime Organization (IMO) 2030 emission standards for ocean vessels. Therefore, this represents the most technologically advanced and environmentally friendly vessel to serve Hawaii, according to the company.

Energy efficiencies are also achieved with an engine, an optimized hull form, and an underwater propulsion system with a high-efficiency rudder and propeller.

The ‘Ohana Class vessels are named in honor of George Pasha, III and Janet Marie, the late parents of The Pasha Group president and CEO George Pasha, IV, marking three generations of service to Hawaii.

George Pasha said: “As we welcome the new MV George III to the Pasha Hawaii fleet, we stand incredibly proud of the perseverance and commitment of our partners at Keppel AmFELS, and the skilled men and women at the shipyard on this tremendous accomplishment. We look forward to beginning service to Hawaii in August and taking delivery of the Janet Marie later this year.”

“We are pleased to deliver Pasha Hawaii’s first LNG-powered containership,” said David Wedgeworth, president of Keppel AmFELS. “By working closely with Pasha Hawaii, we were able to resolve operational challenges posed by COVID-19 and deliver the vessel to their satisfaction.”

Pasha Hawaii is a wholly o­­wned subsidiary of the family-owned global logistics and transportation company, The Pasha Group, one of the nation’s Jones Act shipping and integrated logistics companies. 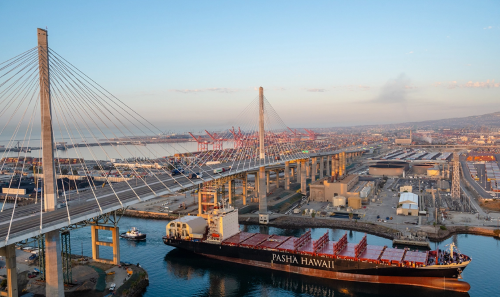