UK marine engineering company Sustainable Marine Energy (SME) is preparing to ship the PLAT-I tidal energy platform from Connel in Western Scotland, to Grand Passage in Nova Scotia, where it will be put to the second round of sea trials.

The platform was towed away from the Connel Bridge site on June 7, 2018, to Dunstaffnage Marina where it has been broken down into road transportable modules in less than a week, SME informed.

The 280kW PLAT-I platform, which was under trials at Connel Sound since November 2017, is expected to be Canada bound on a container ship by mid-July.

SME is now teaming up with the Canadian company Black Rock Tidal Power Inc (BRTP) for the follow on project that will see the PLAT-I deployed for the second phase of testing in the harsher sea climate.

BRTP has applied to the Nova Scotia Department of Energy for permission to install the platform at Grand Passage for a minimum trial period of 3 months and, as part of that process, is currently engaging with stakeholders in the local area, SME said.

The second PLAT-I testing phase will be concentrated on proving performance of the tidal platform, while also conducting environmental monitoring with the aim of assessing interactions of marine life with the device.

Jason Hayman, Managing Director of SME, said: “PLAT-I is graduating from Scotland to Canada, which is an important start to the export story for the Scottish marine energy industry. It also represents a change of gear for Sustainable Marine Energy, we started as an R&D company and are rapidly changing into a project delivery company based in Scotland.”

“Canada is an obvious choice for the next stage of PLAT-I and SME’s development because of the abundant resource in and around the Bay of Fundy.

“But more than that, Canada, and Nova Scotia in particular is key to SME’s commercial strategy due to the revenue support available for the generation of clean energy from the tides. The Feed-in Tariff will allow us to reduce cost through cumulative deployment of tidal energy technology and be in a position to service markets globally including South East Asia.”

The results of the second phase of testing will provide regulators with more information to evaluate future tidal energy projects in the Bay of Fundy, according to SME.

A non-profit Nova Scotia-based company Sustainable Oceans Applied Research (SOAR) has been engaged to assist BRTP and its partners in site characterization, permitting and stakeholder engagement for the project.

SOAR is also advising on development of an appropriate environmental monitoring program for the Grand Passage deployment, added SME.

Hosting four Schottel Hydro SIT 250 turbines, the PLAT-I platform was designed with support from Innovate UK and DFID under the Energy Catalyst program, with the build and testing funding received from the Scottish Enterprise under the WATERS3 program.

The testing program at Connel has validated the platform and its power generation technologies, with multiple platform motions and loads being measured, according to SME.

All systems performed as expected during trials, and low-cost assembly and marine operations have also been demonstrated for the platform, SME said.

The modular nature of the PLAT-I, whilst making assembly on land with small cranes, has also allowed a number of components to be changed during the testing program.

Accordingly, the PLAT-I platform has enabled the replacement and maintenance works on blades and SCHOTTEL SIT generators to be conducted in situ, with only small vessels required.

In addition, the testing period has allowed collaboration with a number of research projects including SURFTEC, MET-Certified and Tidal Turbine Testing Phase 3 (TTT3).

All have deployed instrumentation on or around the platform, monitoring a number parameters and their research will be publicly disseminated when complete, according to SME.

Hayman said: “This has demonstrated by what our team has achieved in little more than 12 months. We have consented a new site, designed and built a new platform and have successfully run our complete testing program in record time. I am grateful to the local community in Connel who hosted the first PLAT-I test, and very excited about what the next 12 months holds for us in Nova Scotia.”

Ralf Starzmann, Sales Director & Head of Hydrodynamics of SCHOTTEL HYDRO, said: “Connel has provided a fantastic testing facility for us with challenging tides and turbulence allowing us to test every foreseeable turbine mode.

“We are very happy with the data coming from the turbines, performing exactly to specification.

“Necessary turbine interventions during the testing had been carried out in situ, with only a small vessel required, this just wouldn’t have been possible without the flexibility and modularity of the PLAT-I platform.

“We are very excited to have been able to share data with all of the projects who have been involved, and look forward to the resulting research outputs which will benefit the whole tidal energy engineering community.” 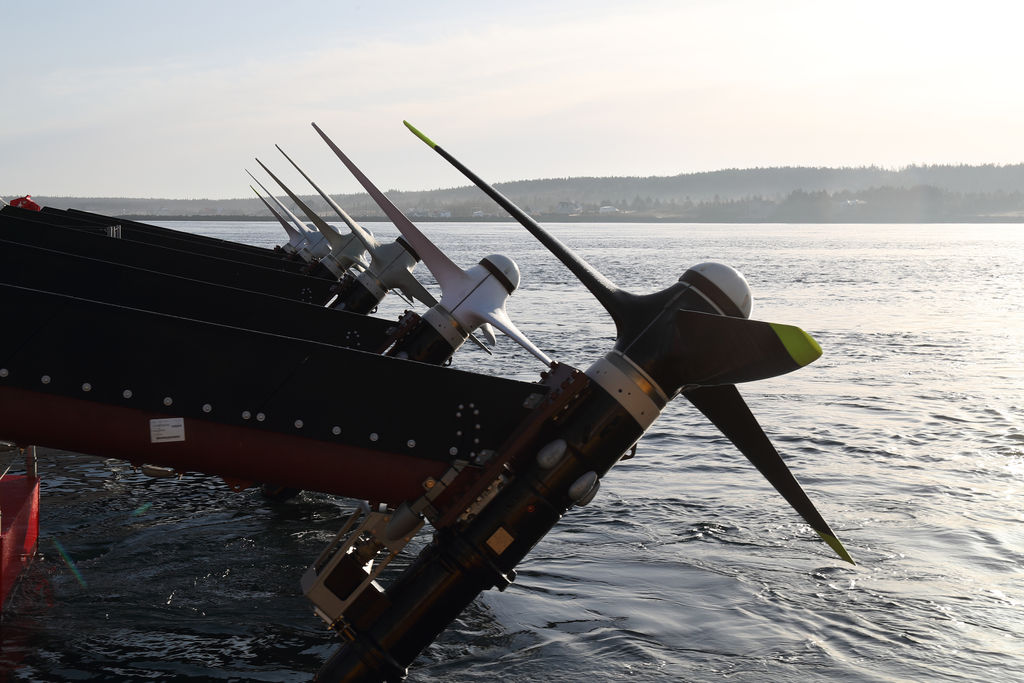