The platform that features four Schottel Hydro SIT250 turbines has been installed just four days after the Department of Energy and Mines of Nova Scotia issued the permit to local company partnering in the project – Black Rock Tidal Power (BRTP) – to test the device for up to six months.

The project will not be connected to the electricity grid and, as a result, does not require a power purchase agreement, the permit states.

Installed between Long Island and Brier Island, the PLAT-I platform will now enter demonstration test program to prove its performance in Nova Scotia’s tidal conditions, having successfully tackled the milder currents during its first deployment in Scotland.

Under the permit, an environmental effects monitoring plan must be in place and adhered to for the duration of the project.

Jason Hayman, Managing Director of SME, who is also leading the project, said: “It is fantastic to have PLAT-I redeployed in Nova Scotia so quickly after her initial trials in Scotland. We have been very impressed with the capabilities and positive ‘can do’ attitude of all of the companies in Nova Scotia who have contributed to getting PLAT-I deployed in Grand Passage.

“A.F. Theriault was responsible for assembling and launching the system. They did an amazing job – really going above and beyond to make this happen so quickly. The same is true of Mike Huntley’s team, and the capabilities and enthusiasm demonstrated by the skippers of the fishing vessels that were an integral part of the operation was amazing.

“It really does show that tidal energy can be delivered using local assets, and create real value for coastal communities. As the project evolves we look forward to demonstrating just how effective these 2nd generation floating tidal energy systems can be.”

Derek Mombourquette, Energy and Mines Minister of Nova Scotia, added: “Developing marine renewable energy here is a key pillar of our clean energy plan. Projects like this that test technology in the Bay of Fundy’s unique marine environment will help spur innovation and competition and help solidify Nova Scotia’s position as a leader in the development of tidal technology.”

Aside from BRTP and SME, a non-profit local company Sustainable Oceans Applied Research (SOAR) has been engaged to assist in site characterization, permitting and stakeholder engagement for the project.

The design of the PLAT-I platform has been adapted for more sheltered and slightly more benign sites in terms of wave climate – corresponding to the I in the platform’s name which stands for Inshore.

The testing program at Scottish Connel Sound – conducted in 2017 and first half of 2018 – has validated the platform and its power generation technologies, while also proving PLAT-I’s low-cost assembly and marine operations claims, the developers informed upon the conclusion of inaugural trials. 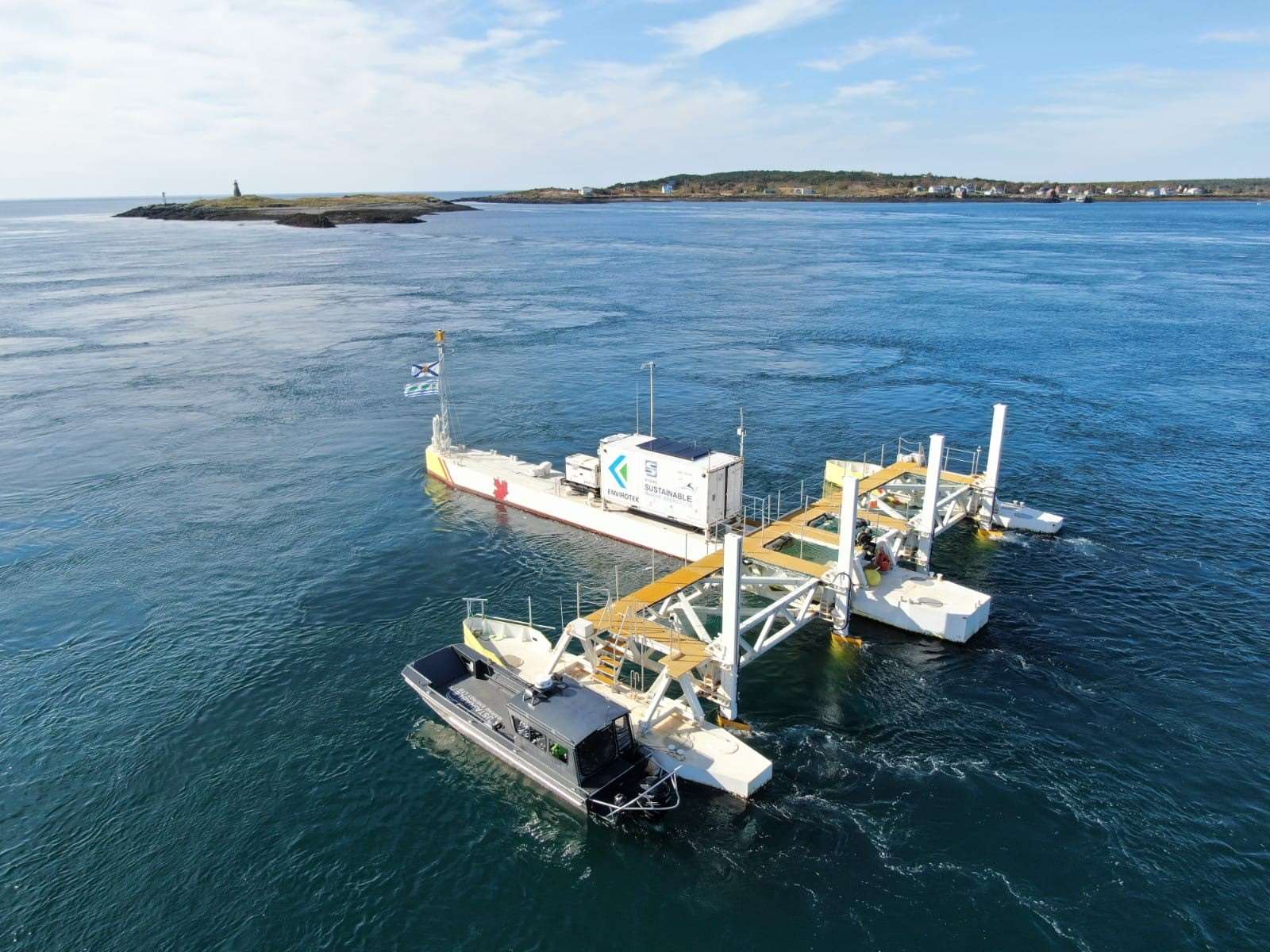