An 8.5-metre-tall Autonomous Data Buoy, backed with futuristic fleet of ocean robots, will soon be heading out to sea as part of Smart Sound Plymouth’s plan to create a world-leading proving ground for high-tech marine innovation.

Smart Sound Plymouth stretches over more than 1000 square kilometres of ocean, from sheltered bays to hostile offshore waters, providing an area for developing and demonstrating cutting-edge products and services for the marine sector.

It is also home to the Western Channel Observatory, where a long-term data set, remote sensing and ecosystem modelling inform world-leading science.

The new buoy, which will be deployed by Plymouth Marine Laboratory (PML) with support from the European Regional Development Fund (ERDF), is equipped with autonomous water column profiling system and an innovative set of onboard sensors.

The platform, built by Mobilis and provided through Hydrosphere UK, will deliver high-resolution data to scientists working on the Western Channel Observatory,

Alongside the buoy, Smart Sound’s futuristic fleet of ocean robots will include the recently named PML Pioneer, a five-metre AutoNaut uncrewed surface vessel which is propelled by wave motion and powered by three hundred-watt solar panels.

The PML Pioneer, funded by the Natural Environment Research Council (NERC), is one of only two of its kind in the UK and will be the only one regularly deployed in UK waters. The vessel’s integrated scientific payload includes latest chemical sensors, and a photosynthetic efficiency and rate sensor.

The flotilla of new generation subs, the largest in the UK, is integrated together using acoustic underwater communications. This means the subs will be able to perform multi-vehicle synchronized surveys with accurate underwater positioning and can communicate with the PML Pioneer, according to PML.

James Fishwick, Head of Smart Sound Plymouth, and Head of Operations and Technology at Western Channel Observatory, said: “This is an incredibly exciting time for PML and Smart Sound. The combination of the new data buoy and the autonomous vehicles will give us unrivalled capabilities for this type of ocean observation. It’s a great example of UK tech and innovation, a success story for Plymouth as a hub for marine research and an opportunity to showcase how we can monitor the environment in a net zero future”.

Plymouth’s new fleet is unique in its field thanks to ‘Smart Sound Connect’, a £1.8M investment to deliver a high-speed above water communications network across which the vessels and equipment will be able to communicate with each other. The 5G private marine network will extend over one mile south of Plymouth Sound and cover the port of Plymouth.

Meanwhile, ‘Smart Sound Connect – Offshore’ will deliver high-speed communications across the full extent of Smart Sound, some 20 miles south of Plymouth. This network will be a private marine broadband network, providing seamless integration into the 5G network.

‘Smart Sound Digital’ will draw on the wealth of data being transmitted in real time across this advanced communications system, to deliver a “digital twin” of the Smart Sound.

This simulation of the natural environment, delivered by a large consortium of national partners led by PML and Plymouth City Council, will have numerous use cases, including advancing marine autonomy with a particular focus on port integration, certification and regulation.

This will also enable partners to develop Smart Port technologies and link to Smart Cities, providing an integrated smart environment.

Smart Sound Plymouth is led by PML and delivered by a wide range of partners from the Future Autonomous at Sea Technologies (FAST) cluster, which has over thirty members across industry, academia and government. 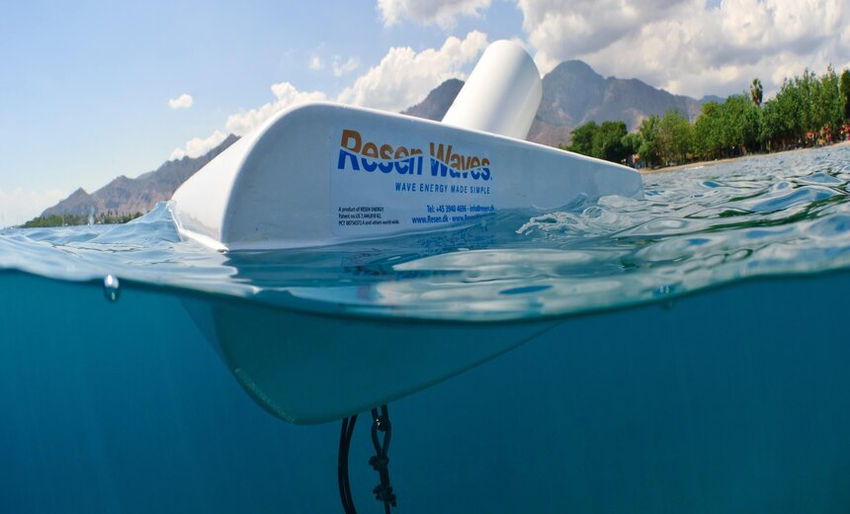